The shell in Xuanji’s hand fell to the ground with a bang, he quickly stood up and picked it up, he wiped it as if it were a great treasure. “Shuang Ren is still young.” As he spoke, he wrapped a few loops of hemp rope around the shell.

“Stop tangling it, we still need it for tomorrow when the conference starts,” Qingtong said glancing at his shixiong. He raised his hand to beckon Mo Tianliao and asked him what happened. yudJFl

Mo Tianliao gave a brief account of the day’s events; the big tiger was so angry that he bit a vine in half.

Beast cultivators that could shape-shift were not in any way different from regular people. It was really appalling to have a little girl be defiled by a wild beast. The Liuyun Sect would really do anything for money, it was said that there used to be an Elder who had tried to see if his own shape-shifted Beast cultivator could produce a child from a joining of a human and a beast, he had asked an alchemist to refine various medicines to help her conceive.

In the end, of course, it was impossible. As a result of this, human cultivators became even more convinced that, even if Spiritual Beasts could attain a human shape, they could never be even compared to a human.

“These brutes, they are too monstrous!” In a rage, Xuanji violently threw his shell to the ground, the hard and heavy Xuanwu shell smashed the flagstone, a crack tearing open. KRsqdd

“Humph!” Xuanji picked up his shell, blew on it, hugged it, and left, fuming.

“Xuanji weaves hemp rope to protect his shell?” Once Mo Tianliao saw that he was gone, he sat on the cushion and held his cat.

Qingtong let himself be held docilely, he leaned against Mo Tianliao and yawned. “Not at first.”

When the big tiger heard this, he also paid attention, perking up his ears.

When Xuanji was young, the three brothers played together. Once, Master threw a small ball for them to pick up. Tianlang was always the fastest, eagerly running after it, Qingtong, who would often ignore Master’s games, indulged him and pretended to scramble for it, however, he was too lazy to go running back, so he climbed on Tianlang ‘s head and let da-shixiong give him a ride back.

Tianlang always gave his little shidi everything he wanted. He gave the ball to shidi then ran back with the kitten, utterly ecstatic.

Only Xuanji had to run with a shell, huffing and puffing. When he ran too fast, the shell fell off, leaving only a snake slithering on the ground. He had run fast, but Master had said that it did not count if he had to take off his pants to do it, and so, in the end, he had rewarded Qingtong with the delicious food when he had returned with the ball in his mouth. irN Kj

Tianlang did not really care about the food, he just liked to play catch. When he saw his shidi leisurely eating, he just pestered Master to keep playing. Only Xuanji was left sadly holding his shell. He had not meant to go for a round of streaking, honestly. His shell just fell off by itself.

Similar such incidents happened several times. After having had enough torment, Xuanji finally came up with an idea, it was to tie his shell tightly with rope, so that it would not fall off when running. But he made it too tight, only his head and tail were left outside of the rope cocoon. It was truly disgraceful to inch forwards like a worm, and he could not even run fast.

Because ordinary hemp rope was too heavy, and Xuanji wanted to weave some that was light and soft, he began to study weaving. After weaving and weaving, it simply became a habit.

Mo Tianliao contemplated silently for a long time. Such a tragic past, so the rope was used as a belt at first…

That night, Mo Tianliao watched the man next to him fall asleep, then got up quietly, put on clothes, summoned Taishi, who was pretending to be a candlestick to one side, and quietly unbolted the door.

“Where are you going?” The sweet voice was somewhat lethargic. Mo Tianliao looked back and found the man lying on his side, stretching his arms languidly towards him. K nSOv

This gesture instantly poked Mo Tianliao’s heart, he felt his body go weak and tingly. He leaned over and kissed the outstretched fingertips. “I’m going to steal some Wenyu fruit. Behave, go to sleep. I will come back before dawn.”

“No, it’s too close to the mountain forest where beasts are tamed. If they were to blow the Soul Subjugating Horn, you’ll get a headache.” Mo Tianliao shook his head.

Qingtong turned into a kitten, he clung to Mo Tianliao’s lapels, his attitude was very resolute. IJnEde

“…” The man and the cat had a brief staredown. Mo Tianliao lost. Looking at those clear Liuli eyes, a refusal just would not come out.

Qingtong clutched the clothes over Mo Tianliao’s chest, pleased with himself, he moved aside his lapels, revealing his small head, and shook his tail excitedly. Night was the perfect time for a hunt.

The mountain road was clear, so long as they did not stray, there should be no problems.

The white jade steps shone in the cold white moonlight, the phosphorescent grass on both sides of the road also glowed, it was very beautiful. oiL6Tm

The little cat jumped down, rushed to the phosphorescent grass and batted at it. Mo Tianliao stopped to wait for him.

He looked up at the moonlight shining coldly on the mountains, all was still and quiet. The road to immortality was long, and most of the time it was also very lonely, however, if you had someone to accompany you, it was quite different.

“What are you looking at?” The kitten had at some point become a slender beauty, he looked in the same direction as Mo Tianliao. “The moonlight looks good,” he said, and held out his hand towards it.

The intangible moonlight slowly gathered, like a flowing mountain stream, condensing into a beam, it turned into a glittering and translucent ray of light, which came pouring down, and collected entirely into his palm. The soft wide sleeve fell back, revealing a section of his pale forearm, the moonlight wound around the beautiful arm and slowly melted into him. UAVIDu

Mo Tianliao looked rather stunned. Legend had it that the Great Beasts could absorb the essence from the sun and the moon. It turned out to be true!

The hem of Qingtong’s snow-coloured clothes swayed in the breeze, the moonlight was like a ribbon of silk, twining around the beauty, as if this was a painting of an ideal immortal. It made Mo Tianliao have a faint vision, like this person was about to ascend to heaven and leave him.

“Qingtong!” Mo Tianliao walked over quickly and took his hand.

The surrounding moonlight dissipated slowly because of the sudden interruption, Qingtong did not care, as it disappeared, he slowly turned back to look at Mo Tianliao. Because he had just absorbed some moonlight, those translucent Liuli eyes sparkled faintly like starlight. 5d3Dj0

“What?” Qingtong asked, looking at him strangely.

“Let’s go.” Mo Tianliao had opened his mouth intending to say that he was afraid that he would fly away, but he felt that this sounded so idiotic that he might get a beating, so he swallowed it back and silently pulled his cat onwards.

Qingtong tried to struggle free but he could not break his hold, so he let himself be pulled, walking behind him and looking at the sides of the road. His night-vision eyes could clearly see everything in the mountain forest, birds resting in the treetops, rabbits lying in the thick grass, macaques hanging upside down from branches.

“Hmm?” Mo Tianliao answered softly, he walked following the day’s recollections, he could not use a flying sword, lest they be found.

Qingtong did not speak further, but Mo Tianliao did not mind. When spoken to he would answer, if he did not say anything, he would not question him further. Like this, they leisurely walked, hand in hand like mortals. He felt very happy even when they were not doing anything, he could feel the other’s warmth in his palm, Mo Tianliao suddenly understood what mortals called the desire to grow old together. Walking hand in hand like this, even if they walked to the ends of the world, he would not feel tired. He just wished that this mountain road would become longer, never coming to an end.

“What did you mean when you said that you can’t help yourself?” Qingtong had been silent for a moment before speaking again.

Mo Tianliao’s footsteps paused for a moment, then he continued walking. “I can’t help myself. It is said that it’s very hard for a person to control their own feelings, one can’t help but follow one’s heart.” Vi6hs9

“Like when you try to bury your face in my furry belly?” Qingtong looked at the back of Mo Tianliao’s head. In his opinion, Mo Tianliao’s love of rubbing his fur was just like Tianlang’s love of gnawing on bones. Both were drooling after something and were not afraid of getting scratched.

“It’s the same, but it’s also not the same.” Mo Tianliao stopped, looked back at him, slowly descended one step, and stood next to him. “This feeling that I can’t control, there is a reason for it, I just like you too much.”

Tianlang: Like is when a wolf finds meat bones!

Xuanji: Like is when a Xuanwu finds a shell that won’t fall off!

Carpenter: …That’s not what it means! *collapses* aMnI0R

Unedited, please point out any mistakes

Thank you for the ko-fi, Juri 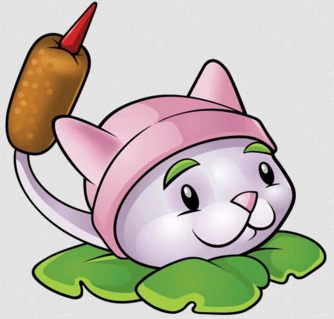 白头偕老 (bái tóu xié lǎo) reach old age together — said of a couple; be a faithful old hoary-headed couple; live to a ripe old age in conjugal bliss; live together until old age.

天荒地老 (tiān huāng dì lǎo) when the earth and heaven get old — a long, long time.