The studio screen had been completely blown up by the audience. Everyone praised Xuan Feng for his beautiful work. Tang Wan looked at the gifts and his eyes bent with laughter, curving into beautiful crescents. He gave Xuan Feng a handful of melon seeds, encouraging him: “Feng’er, many people want to give you a reward, they all like you very much. Quickly thank everyone.” GuqJU2

Xuan Feng tilted his head and understood that he was being praised. He flew several circles around Tang Wan, looking helplessly at the sky, “Little elder sisters, giving a ~mua!”

Some people in the live studio weren’t happy: What do you mean, ‘forget it!’? Xuan Feng, do you discriminate against uncles?!

Others were amused: There really are uncles! Uncles, are you this fashionable?!

Tang Wan smiled and stretched out his hands. After Xuan Feng saw, he hopped over into Tang Wan’s palm, picking up a melon seed with his mouth and cracking it open. At a glance, there was no shortage of melon seeds, and his actions were as skilled as a thief’s. Tang Wan sincerely urged: “Xuan Feng, how can you discriminate against uncles? As a bird, ‘mua’ are ageless and gender-neutral, quickly comfort uncle.” YoJROG

Xuan Feng pretended that he didn’t understand anything, picked up a melon seed, chattering lalala. The audience liked Xuan Feng’s aimless chatter. There were still people shouting that they wanted to see them play the game, but Tang Wan declined. “You don’t want any of the other cuties?”

The audience was surprised: You can still summon other meng pets tonight??

Tang Wan had been only releasing one at a time, the fans thought that the summoning power could only be used once, everyone was used to only one. Now that there were more and more fans of all of his cuties, Tang Wan felt that releasing only one at a time would disappoint some fans, he might as well break through a little.

Tang Wan released the hamster brothers and the lop-eared rabbit. “Recently, my spiritual strength has grown a little, so I can call several more small animals. I’ll turn on the touch function. You play with them first, I’ll go get a little water.” UrQ9Gt

When Tang Wan came back from fetching water, he was that the screen was bursting with gifts. They were all calling for him to save Da Mao and Er Mao. Tang Wan turned around and almost spewed water from his mouth. y18fs6

Xuan Feng, this noisy bird, had somehow shoved Da Mao into the hamster wheel and shut the door, two feet pedaling the wheel like a bicycle, going as fast as lightning. Da Mao was like a meatball, rolling crazily inside.

Next to him, Er Mao was frightened and directly lay on the carpet, lying still and pretending to be dead.

The audience didn’t know that hamsters had the ability to pretend to die when they were in danger. They thought that he had really been scared to death, and they all screamed.

The lop-eared rabbit Luo Bei’s face was slack, front paws motionlessly holding a half-chewed radish, and had a carrot in his mouth. He was standing up on his hind legs, looking at Xuan Feng pedaling the wheel, stunned silly. His frightened eyes didn’t blink. dwgBN0

“Xuan Feng!” Tang Wan rushed over and scared Xuan Feng away, quickly pulling Da Mao out of the wheel. Da Mao had his head in his arms, in a state of vertigo.

Tang Wan angrily glared at Xuan Feng, “Xuan Feng, how are you this thoughtless?” This bird’s mood would soar given a little sunshine. Give the bird a little face and it’ll dare to go against the heavens. He’ll go crazy if you boast, just a few words of exaggeration and he wouldn’t know which bird he was. It’s no good, no good.

Xuan Feng was shouted at by Tang Wan, shrinking his head back and hiding under the table like a quail, motionless.

Tang Wan touched Da Mao and placed him back into the system, letting him have a good rest. He held Er Mao in his hand, gently combing through his fur. After a while, Er Mao dared to crawl back up. i1o293

The audience was stunned: Fuck! A cheat!

Tang Wan explained: “Hamsters are very timid, they will pretend to be dead when they are in danger. Da Mao is also alright, just take it easy.”

The ancient earth hamsters had this magical skill! Many people took notes, these were living fossils! Research data wasn’t as complete as this live studio’s understanding.

This time, a biology teacher that was watching the live broadcast decided to introduce ‘Earth Meng Pet’ to his students when he went back, so that they would watch more live broadcasts and learn more about paleontology when they had free time. The key point was: Hamsters know how to feign death, definitely must be tested! oR YIZ

And whether birds were the natural enemies of hamsters, this must be carefully investigated and studied!

After the live broadcast that night, Tang Wan did not have time to count the rewards. He looked at Xuan Feng with a straight face, “It’s alright to chatter and play with melon seeds, but how could you play with Da Mao? He’s so small, how could he survive being tossed by you?”

Xuan Feng hunched his neck, still mumbling, squeaking out: “Brother, give me a kiss, m…my God!”

A shadow flashed past. Zong He, who had been sleeping in the other room, already darted behind Xuan Feng and raised a paw to slap. Xuan Feng’s whole body was pasted to the ground and Zong He bared his teeth: Kiss who?! xXQhAI

Tang Wan quickly crouched down and looked at them, breathing a sigh of relief, “You even pretend to be dead! You’re a bird, how can birds pretend to die?”

Tang Wan was helpless. He found that the animals he raised were very clever, unlike the merely meng pets. Rather, they were as intelligent as beast cubs. Xuan Feng had already learned to pretend to die like hamsters, and learned to speak very quickly. The little raccoon could already wash socks, he loved cleanliness. He washed his own fur and liked to help Tang Wan clean vegetables. The alpaca always paid attention to his hairstyle, looking into the mirror every time he was released. What else couldn’t they learn?

Luo Bei was also afraid of the anger that emanated from Zong He’s body. Little animals were the most sensitive, especially when it came to perceived danger. He was so scared that he ran straight to Tang Wan and hid beside him, pawing at his legs and wanting to climb up. He wanted Tang Wan to hold him. Zong He leaped over and clawed his way up, pushing the chubby rabbit to the ground: embrace the legs of other people’s wives, you beast! Human scum! 34jaf5

Luo Bei squeaked and screamed in horror, scaring Tang Wan into quickly putting him away. He held the ill-tempered kitten in his arms, looking at his trembling whiskers and bared teeth. He didn’t know whether to laugh or cry, “You’re drinking too much vinegar, he just wanted to be carried.”

In a bad mood, Zong He held Tang Wan’s face and gave him a kiss on the lips. Whoever dares to be carried is whoever he’ll kill!

Tang Wan was stunned. This child was fierce, now daring to kiss him! He raised this baby as a son, usually kissing the forehead with fatherly affection. A kiss on the lips was a roguish move!

“Little rogue!” Tang Wan seized the kitten by the scruff, picked him up, shook him a little, and the hair that had bristled was shaken a little bit smoother. He gave him a smack on the butt to deepen the impression on the child. He tried to scare him with a cold face, “It’s wrong to kiss someone’s mouth. It’s roguish behavior, you know? You are a boy, you should be more self-conscious and don’t behave like a rogue with others.” tJ7Npy

Zong He bared his teeth, he dared to spank him! Very well, he’d be back in a minute!

Every time he tried to teach Da Zhuang a lesson, he would be awkward for a while. He was dead determined to save face, still baring his teeth and becoming angry. Tang Wan had become accustomed to it. He did not chase the other party when he ran away. It was a matter of principle, teaching a lesson when he did something wrong.

He first looked at the day’s gifts and calculated that after the Empire withheld taxes, he would still get more than one million yuan. Tang Wan looked at his account happily, and was in a great mood.

It wasn’t easy for so many fans to churn out one million yuan. It was just that Tang Wan’s live broadcasts differed from ordinary people’s broadcasts, so that he could get so many rewards. Because people nowadays consumed very sensibly, at one glance they would if it was worth paying for. In addition, people under the age of eighteen had to ask their parents for extra money. You couldn’t find a person who was young, had no self-control, and wanted to reward the internet stars that begged for followers. jHomQ

Now, the Empire had no restrictions on the entertainment industry. They could make money in any way that they wanted, so long as they didn’t oppose the Royal family, didn’t rebel, didn’t distribute pornography, the StarNetwork Entertainment Department would give them a boost. However, the taxes were very high. To make money, they needed to turn in 50% in taxes. Earning more than a million yuan in star coins, other internet stars didn’t even think about it. Every time he saw how much money he made, Tang Wan thought, he earned so much, why take the marriage to heart?

Now, it was 8:30 p.m. and Tang Wan put everything away, heading over to the warehouse to take a look. Everything had been packed, and they would head over to β Ursae Minoris early tomorrow morning. Tang Wan had never been to β Ursae Minoris before. He was calm, without anticipation or cowardice. Having been beaten to the ground by fate so many times, Tang Wan had become sensible.

When he returned to his bedroom, Zong He was sitting by the window and reading a report. Tang Wan still felt a little embarrassed. When he got close, he felt that he could see the other party’s secrets. It didn’t seem good to keep silent. Then, Zong He raised his head and closed the report in his hands. Quietly, he spoke up and told Tang Wan, “Tomorrow, we are going back to β Ursae Minoris. My family situation is a bit complicated, so I want to tell you something in advance.”

Zong He patted his leg and signaled: come, sit down.

I’m loving the pets’ antics (≡^∇^≡) They’re all so cute!!
(And Tang Tang, seize the opportunity and sit on that lap!)

诈尸了！-> feigned corpse that can suddenly stand up to frighten people, or a sudden howl of abusive words 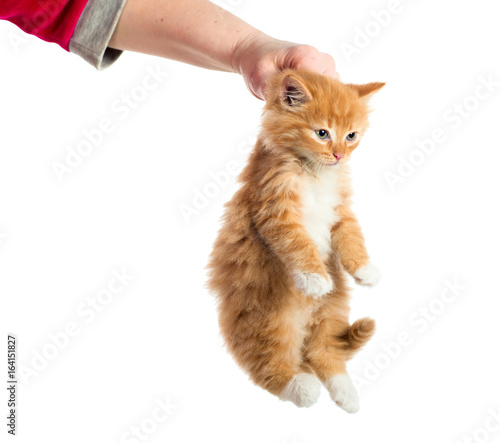