Zhang Hang was good-looking and had a quiet temperament. In addition, he was the owner of the Black bar which was full of blind bartenders. Many people were curious as to how he could open such a peaceful place despite the fact that the business did not profit much. He was very good at making cocktails but didn’t come often, which created a sense of mystery that led to him having many fans in the circle. When he came to Black, people needed to line up in order to drink the cocktails he made. Everyone would sit near his bar and wait for their turn. klJ6Pm

Because he didn’t accept orders directly from customers, Zhang Hang was slow to mix cocktails. Instead, he would first chat with the guest for a while before selecting a matching cocktail according to his understanding of them. This odd requirement might make some people unhappy, but more were eager to try. Could this mysterious young man really mix a cocktail that suited them?

However, there were actually almost no dissatisfied people who had tried Zhang Hang’s cocktails. This made the young, handsome and mysterious bartender even more attractive.

It was currently 8 PM and nightlife was just beginning. Just as usual, Zhang Hang was surrounded by people. Lu Chengye couldn’t even get close to the center. Judging by the speed of which Zhang Hang was chatting and mixing cocktails, Lu Chengye estimated that the earliest he would reach him would be around midnight. This sort of thing would make most people quite impatient, but if you wanted to drink a good cocktail, you had to wait patiently. If you wanted to see this legendary bartender, you had to chat with him, so everyone could only wait their turn.

Lu Chengye’s luck was good. He managed to get the last seat at Zhang Hang’s bar. When later guests wanted to join the queue, the waiter told them that Lu Chengye was the last patron the boss would serve since by the time it was his turn it would be midnight. Then, the boss would return home to rest. nfCw0F

As he sat in his seat, he watched Zhang Hang’s expression and actions greedily. In this dark bar, Zhang Hang was illuminated by a gentle light from a lamp on the bar counter. The lighting made his whole person appear as if shrouded in a soft glow, which made him especially attractive. Every word was polite and considerate, and chatting with him was very comfortable. He… in short, from Chairman Lu’s perspective, Zhang Hang was thoroughly charming.

His Hang Hang, while he wasn’t aware, had matured so well. However, he had missed the five years Zhang Hang had spent growing up.

The guests were not blind, and everyone could see Zhang Hang’s excellence with their own eyes. Many didn’t care about his blindness and enthusiastically pursued him. Lu Chengye saw a scantily clad young woman sitting opposite Zhang Hang who said in a sweet, cloying voice, “Boss, you are so young. I’ve heard about you and I’m your fan~”

Zhang Hang smiled faintly and said, “Thank you for your praise, but I’m just a bartender with a better than average sense of smell and hearing. I’m not as miraculous as the rumors say.”

“I like you because you’re handsome.” The woman put her hand in front of Zhang Hang. “I heard that you must smell the guests’ hands before you make their drink. How is my perfume?”

When Zhang Hang said without hesitation that she was using imitation goods, the woman’s face reddened slightly, but she soon revealed an amazed expression. “How did you know I drove?”

“Steering wheels have a slight smell on them which will remain after someone has been touching them. I don’t smell people’s hands to discern their habits as you say, but to make sure that they did not drive here. If they drove alone, then I won’t mix them a cocktail. It’s important to enjoy yourself, but safety comes first.” Zhang Hang gently raised the woman’s hand, then touched it again and said, “You are loved by your family. In order to properly cherish your family, you must also protect yourself.” 5oedRW

The woman blushed. This time, instead of being embarrassed, she was shy. She was undoubtedly wearing revealing clothing and appeared in a bar, which made people think she was looking for a one night stand. However, such a bold woman had blushed simply because Zhang Hang touched her hand.

“How do you know my family cares about me?” The woman moved closer to Zhang Hang and asked.

“You have a string of Buddha beads on your wrist, which are not bought casually, but specially obtained from the temple. It isn’t easy to get this kind of small leaflet red sandalwood beads. It requires getting up early and going to the temple in the morning in order to burn the first incense. Whether it was a family member or a lover who asked for this string of beads to give to you, they must love and cherish you very much.”

“How do you know so much?” Even though she wasn’t drinking, the woman still refused to release Zhang Hang and wanted to ask more questions. 6g80R7

“I’ve been to many places,” Zhang Hang said, revealing a bitter smile. “I once had a family member, and we planned to travel all over the world together. Although he left me, I still have to see the whole world so I can return home to tell him where I’ve been and what scenery I have heard. This was our promise, and I will not betray it.”

The woman’s face reddened even further. She went out tonight to find a one night stand, but now no longer wanted one. She just wanted to continue talking with this bartender. Talking with him was very comfortable, and produced a kind of heartwarming feeling.

After speaking these words, Zhang Hang politely asked the lady to make way for the next person. This time, the customer was a regular, but Zhang Hang still touched his hand, said a few words, then prepared the right cocktail for him.

Lu Chengye watched Zhang Hang from a distance, and his heart felt prickly and warm. NQwg2h

One of the things he feared the most was his Hang Hang being blinded by hatred due to Big Black’s death. Living for the sake of revenge would not lead to happiness. But now, it seemed that Hang Hang was working very hard and trying to live each day to the fullest. He wasn’t living just for the sake of his promise with Big Black, but living genuinely and sincerely. He lived so well that the warmth of his body would spill out unconsciously, making people around him feel nice and warm.

Such an excellent man. As he had watched Hang Hang grow up, Lu Chengye was very proud. However, in his heart, a hint of jealousy sprouted. He envied all the people who had witnessed Zhang Hang’s growth and shaken hands with him.

He waited, waited, and waited until the early hours of the morning, waited until his legs were numb with pain, waited until Bai Xiyu fell asleep at a table, until finally, it was Lu Chengye’s turn. He leaned on his crutches as he stood up, then walked slowly up to Zhang Hang, placing his hand in front of the young man. “What do you think I should drink?” RZ4 Cg

Hearing his voice, Zhang Hang paused for a moment while wiping his hands. He slowly turned toward Lu Chengye and tried to look at him, but his eyes were unable to focus on his body.

Could it be that their hearts were linked? Had he recognized Lu Chengye’s identity just by hearing his voice? Looking around, there were so many guests. If these people weren’t around, he could grasp Hang Hang’s hand and tell him that he was Big Black!

No, even if there were a lot of people, a “woof” probably wouldn’t matter? Maybe he could “woof” once, and Hang Hang would immediately be able to determine he was Big Black! Pw4By1

Lu Chengye grinned and thrust his hands into Zhang Hang’s own. He shamelessly put both his hands over Zhang Hang’s and stroked the young man’s palm with his fingers.

Zhang Hang’s movements suddenly became more forceful, and his gentle expression cracked. Instead of touching Lu Chengye’s hands as gently as he had others, he pulled his hand away. However, now that Chairman Lu had managed to grab ahold of his sweetheart with human hands, how could he be willing to let go? The harder Zhang Hang pulled, the tighter Lu Chengye held. In the end, it turned into a tug-of-war. It seemed like a drunk man was stubbornly dragging along the boss and refusing to let him go. Soon, a waiter noticed that the current situation in this area was not quite right. One came to assist and the other ran to get bar security.

However, when the waiter who was going to save Zhang Hang arrived, his eyes fell on Lu Chengye’s leg in a cast and he was struck dumb. Even in this state, this man dared to come out to drink and take advantage of the boss. Did he not value his life?

Zhang Hang was unable to retrieve his hand, so he took a deep breath and said lightly. “A dry martini is the best fit for you today.” EKkqd8

The dry martini was the king of cocktails. This was because James Bond, the protagonist of the 007 movie series, made the dry martini into a household name. Nowadays, a martini had become a cocktail that symbolized nightlife.

Zhang Hang had suggested that Lu Chengye order this kind of drink. Was it… Lu Chengye was so nervous that his palms were sweating. He asked vaguely, “Do you think it suits me?”

His voice was deep and rich, containing a hint of temptation. Sp7hOr

“You have a strong smell of disinfectant on you, but not the disinfectant commonly used at home. This disinfectant is unique to the hospital. Judging by the sound of your walking just now, you are obviously on crutches. There are also needle punctures in your hand, which means you had a fluid infusion today. You should have a broken leg, and are using cephalosporin antibiotics. So, this cocktail is the best for you, both in identity and effect, Lu Chengye.”

“You know who I am?” Lu Chengye asked.

Zhang Hang’s expression was no longer as gentle as before, and became cold. “Five years ago, I heard your voice on the elevator. I dare not and cannot forget it.” 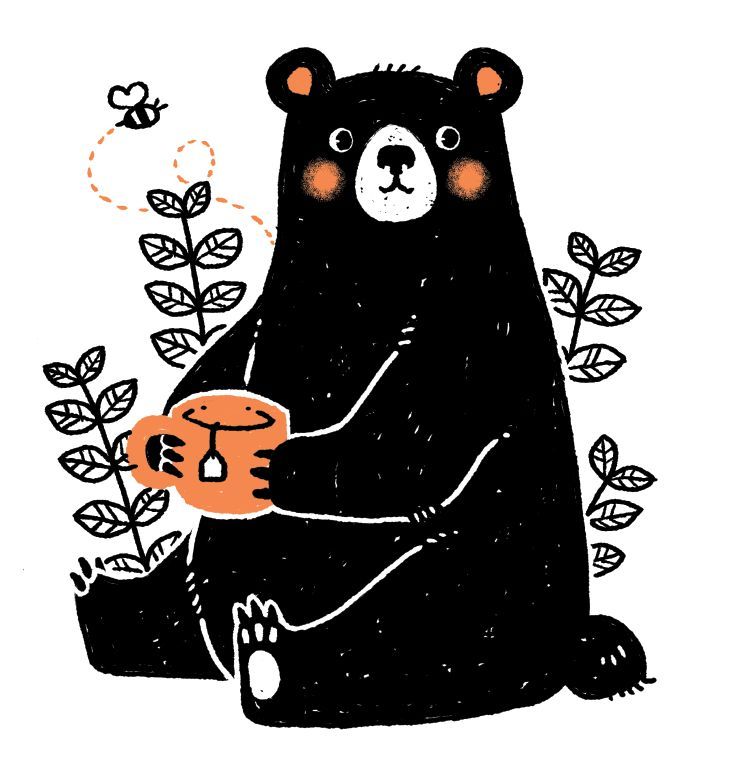