During the 2006 Spring Festival, Zhang Hang had not yet gone blind, and Zhang Qiming and Zhao Xiaolian did not return home. He and Big Black bought a lot of fireworks to light up, and he watched the gorgeous fireworks from the villa’s yard as he cried. During the 2007 Spring Festival, Zhang Hang was blind and had no parents. The home he lived in was no longer a villa, and he could not see the fireworks. Tbsun

Unexpectedly, he didn’t feel lonely at all.

The School for the Blind had normal winter and summer vacations. Zhang Hang would start winter vacation after New Year’s Day. The part-time worker lived in the city and would come every day without pause to prepare a meal, but was on vacation from New Year’s Eve to the seventh day of the New Year. After all, it was important that she quickly return home to handle her own affairs. During this period, Zhang Hang lived rather pitifully. Most would celebrate by feasting on fancy food, but the poor young man didn’t even know what to eat.

After more than half a year of familiarity and Lu Chengye’s assistance, Zhang Hang had become used to his circumstances. He could do many things as well as a normal person, and was better than a bank teller at identifying fake currency. Once before, someone had tried to cheat Zhang Hang with a counterfeit coin, and the coin had been quite realistic. Even an ATM wouldn’t reveal the counterfeit currency. Lu Chengye remembered that this batch of counterfeit coins made a huge impact after they were introduced into the market. The Bank of China borrowed hundreds of professionals from banks all over the world, and had them examine each coin one by one. Eventually, all the counterfeit currency was recovered and destroyed.

Zhang Hang, meanwhile, had no banking experience at all, but could determine the coin was fake just by touching it. He could not be deceived by the coin at all. q9SFej

At the time, Lu Chengye was very proud. Look at how my Hang Hang touches, he could be a bank teller!

This could be a future employment prospect, he noted.

Of course, that was just a dog’s fantasy.

Although some things could be done well, Zhang Hang still couldn’t cook. At first, he had the ability, but now, because he was blind, it was inconvenient. He could make rice since throwing it into the electric rice cooker after washing was easy and the appliance was safe to use. Big Black could also control the amount of water put in. After all, more water was better than less. Eating rice porridge was better than eating raw rice. However, there was no way to cook vegetables. Some needed to be peeled and couldn’t be prepared at all. At best, Zhang Hang could make cabbage and tofu soup. All you had to do was cut things up and throw it all in boiling water. Even the salt was casually put in, just a little bit. The dish was light, not too salty, and tasted good. This ensured the cabbage was not too greasy. The heat also had to be carefully controlled in order to ensure that the finished dish had a sticky, porridge-like texture, in which the cabbage and tofu could not be seen. D8hse3

Of course, as long as it was edible.

One day, when the part-time worker had the day off, Zhang Hang planned to order food, but later decided to cook with Big Black. However, Chairman Lu was the sort of man who led a pampered life. Even if Zhang Hang wanted cooking guidance, he didn’t know how to help. He followed Zhang Hang without a word, quietly worrying. While cooking the rice, Zhang Hang finally discovered that his little friend was not omnipotent, and could only silently put a large pot of water on the stove and boil the cabbage and tofu soup.

As a result, for dinner that day, the rice was slightly watery like porridge, and the cabbage and tofu soup was pasty. Lu Chengye watched with shock as Zhang Hang ate the white mush and mixed it with more white mush. Then, after he had finished, he went and got another bowl of mixed white mush!

Now, the part-time worker had eight days off, as well as Zhang Hang and Lu Chengye…

Throughout the whole year, Zhang Hang and Lu Chengye ate the delicious food made by the part-time worker aunt. Feeling depressed, they didn’t know what they would eat for the New Year.

Finally, Zhang Hang slapped the table. “Let’s be a little extravagant. For the holidays, we’ll order food from restaurants that aren’t closed for the celebration! “Ouwu~” Lu Chengye agreed with Zhang Hang. It doesn’t matter Hang Hang, we’ll have money soon! The money doesn’t belong to Zhang Qiming, he’s giving it to you! 6L9A3C

“Big Black agrees!” Zhang Hang nodded and petted Big Black’s head. “But the dishes in restaurants are too oily and salty for you to eat. I’ll buy some ribs to cook for you.”

Big Black fell to the ground with a “plop”, his four legs held close to his body and his stomach facing the ceiling. Eight days of eating meat cooked by Hang Hang? He wanted to silently cry.

Although food was a problem, Zhang Hang and Big Black were feeling positive about the coming of the new year. The New Year’s purchases were made by Zhang Hang and Lu Chengye. They bought lanterns with the character for good fortune on them, as well as couplets, all according to Lu Chengye’s taste. One by one, Zhang Hang would put his hands on the goods in the stall. If Big Black barked three times, he thought it was good, and Zhang Hang would buy it. The stall-owner looked sketchy and very disheveled, but didn’t dare to take advantage of Zhang Hang’s blindness to get more money. The dog, that was able to pick out a couplet, was staring at him!

Taking advantage of the new year’s shopping, Lu Chengye also chose several dishes for the house. The dishes they currently used were picked out by Zhang Qiming, but to Chairman Lu, whose taste was high-end, they felt ugly. Since it wasn’t convenient to walk far with so many bags, Zhang Hang splurged and took a taxi home. On December 28th, he completed all preparations. E7DQ6x

Soon after returning home, Zhang Qiming visited. Every month, he would come to see Zhang Hang and ask about how he was doing, as well as give him the child support. From his voice, Zhang Hang could tell that Zhang Qiming was doing much better recently. He felt happy that his father was back to his old self.

“Hang Hang, spend this New Year with Dad.” Zhang Qiming had come to invite ZHang Hang to celebrate the New Year with him. “It would be nice to have fun together.”

Zhang Qiming had expected it, but was still sad. He didn’t want Zhang Hang to spend the new year alone. After fighting for a long time, his mother and father had finally agreed, but their expressions were dark. There were many siblings from all over coming back for the new year, and Zhang Qiming was the eldest. Zhang Hang wasn’t his biological son, yet he wanted to bring him anyways. How could the elderly couple be happy? vYWsMG

“Dad, have you found someone suitable lately?” Zhang Hang changed the subject.

Zhang Qiming smiled bashfully, and Lu Chengye saw it. “Well, there’s a girl who isn’t married. She’s very kind and gentle. I’ll go to her house for this year’s Spring Festival and set a date. Then…”

His words came to an abrupt end. At that time, he wouldn’t be able to invite Zhang Hang. XV7hJH

Zhang Hang, however, calmly blessed his father. “Congratulations, Dad. This time, be happy!”

After Zhang Qiming left with his son’s blessing and a heavy heart, Zhang Hang took a deep breath and started to slowly clean his condo to prepare for a happy New Year.

When Xiao Ren came on New Year’s Eve, Zhang Hang’s home was bright with lights and had many well-pasted couplets. Had Zhang Hang done all of this by himself? Xiao Ren was very surprised.

“Brother Ren?” Zhang Hang was surprised when he heard the knock, and couldn’t help thinking someone had come to the wrong door. He was even more surprised to hear Xiao Ren’s voice. Not only was Xiao Ren’s family out of town, it was 10 o’clock at night on New Year’s Eve! L5wmC4

“I was on duty!” Xiao Ren shrugged his shoulders. “Normally it’s fine to change shifts if you want to go home, but the New Year’s shift can’t be changed. If you get it, you’re stuck with it for the year. I had the evening shift and it finished at 10 pm, and tomorrow morning I can take the train home. Not many people ride the train on New Year’s Day, so I just bought one casually. I’m just a lonely man, won’t you take me in?”

“Welcome!” Zhang Hang’s smile was more brilliant than the fireworks outside.

Xiao Ren had also brought dumplings some of his colleagues made for the poor single man who couldn’t celebrate with his family.

“Wow!” Xiao Ren was surprised to see eight fancy dishes on the table. “You have good food! Where did you get it?” bEmeP8

“The restaurant next door doesn’t close for New Year, so I ordered them,” Zhang Hang replied.

“Yes, it has delicious food. I was really right to come here. I thought you didn’t have a New Year’s Eve meal, so I brought dumplings to comfort you.” Xiao Ren picked up the chopsticks and began to eat. His speed was quite fast. In the blink of an eye, half a plate of vegetables was gone!

“Woo…” Lu Chengye bit at his pant leg. But we didn’t eat yet!

“Haha, I haven’t seen Big Black for a long time. You’re lucky to have so much meat.” Xiao Ren rubbed the black head fondly. SiRo19

Lu Chengye silently released Xiao Ren, and bit at the ribs with tears in his heart. The meat Hang Hang had made for him had to be finished, even on his knees!

“Big Black, you can have one dumpling for the new year.” Zhang Hang placed a dumpling in Big Black’s bowl.

Lu Chengye could smell the strong scent of beef through the dumpling’s skin. He bit the dumpling and with a “crunch”, a coin fell out.

“Hahahaha!” Xiao Ren laughed, “My colleagues said that their family would make a coin to wrap in the dumplings, and the three people in order to get it had completely filled their stomachs. They were especially worried that the coin was in these dumplings. As a result, all three of them didn’t find it, but Big Black did! We’re going to get rich next year!” qawd4h

Zhang Hang couldn’t help but laugh when he imagined the three people who had eaten so many dumplings finding out that the coin had been eaten by a dog.

Zhang Hang welcomed the beginning of 2007 with a smile. 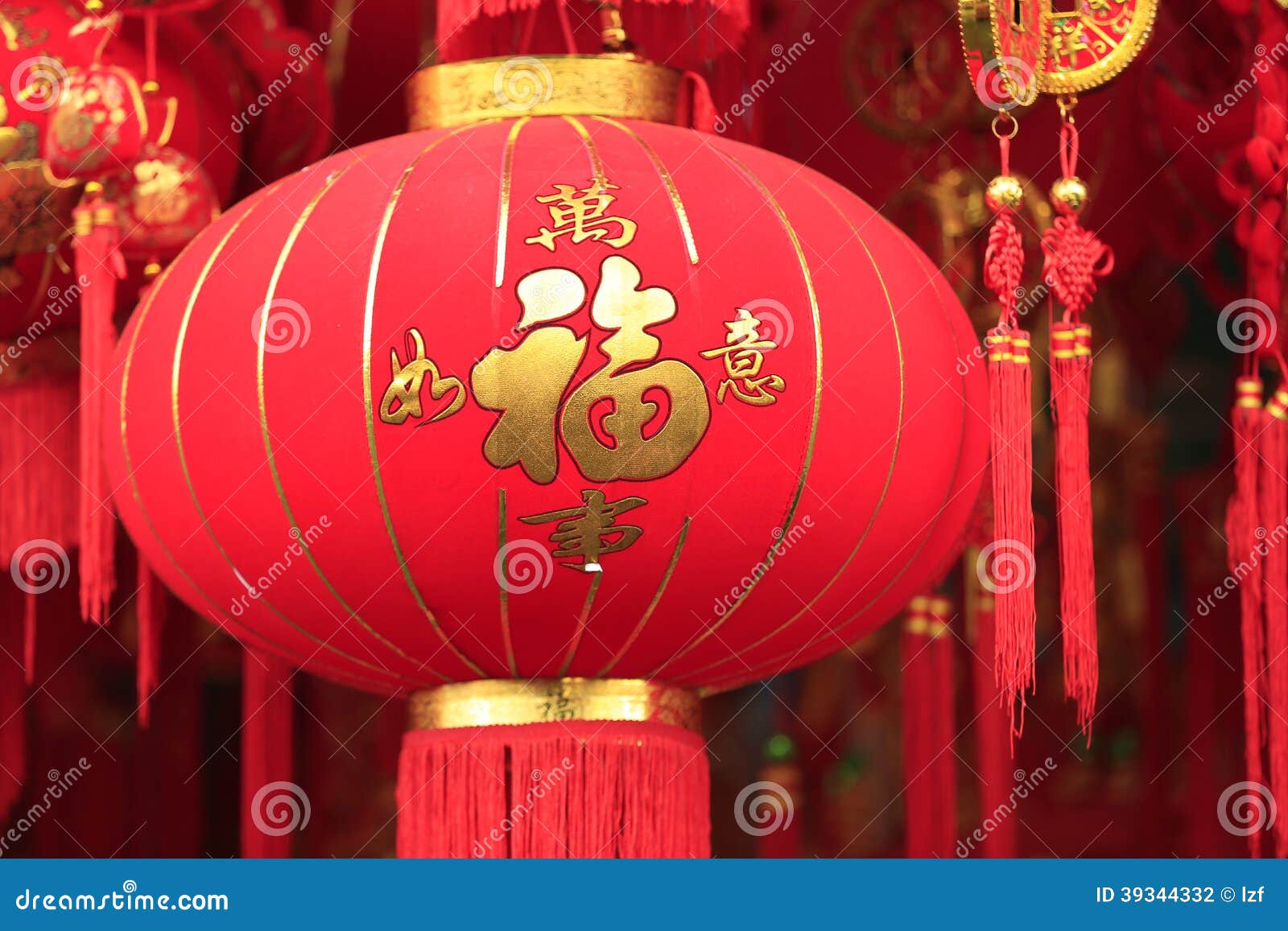