Xiao Ke was really drunk out of his mind. To the point that he had grabbed a stranger to share the table and drink with him. The hand in his felt warm and dry. Xiao Ke thought in his head, I really am not such a frivolous person usually.

That person looked down at him. Xiao Ke said, “Sit. It’s just me.” fRvLM9

The other nodded and replied, “Thanks.”

Xiao Ke watched as the man walked over and sat down in front of him. This coincided with a drop in the music; the lights swayed and he finally got to see this person’s appearance. Xiao Ke’s fingers lightly scratched against the edge of the table. He whistled in his head.

He couldn’t be considered really handsome, but he carried an attractive air of maturity. The stubble along his scalp, his deep and dark eyes, the pure black T-shirt he wore, and his gaze when he was observing you all aligned with Xiao Ke’s aesthetic perfectly. fduUJE

After the man ordered his drink, the server left. Xiao Ke raised the bottle of beer in his hand and bumped it against the table. He told the person across from him, “Xiao Ke.”

The other wasn’t holding a drink. He scanned the table, then picked up an untouched glass of ice water. There was a soft clink as the glass hit the table. Xiao Ke heard him say, “Zhou Zui.”

The singer on stage was screeching his lungs out a little too much. When he couldn’t reach a note, he increased the volume with which he was singing. So actually, Xiao Ke could only clearly hear the “Zhou”. What came after it was covered up by the music. But that didn’t matter. They were only sitting together and drinking alcohol to avoid the awkward atmosphere. Names weren’t that important.

Later, that person’s beer arrived too. The two took turns sipping on their alcohol to the deafening sounds coming from on stage. Xiao Ke’s eyes would occasionally fall on the other’s form, but he would always look away after a few seconds. With enough glances, he discovered that this person’s gaze and actions were extremely casual; casual with a hint of carefree. It was nice to look at. They would occasionally make eye contact, but the man didn’t really seem to mind. He would calmly meet his gaze, then look away. Not deliberate, and not awkward.

Xiao Ke thought that if he were ten years or so younger, right now he would definitely be nervously and hesitantly asking for the other’s contact information.

The painful song finally finished. Xiao Ke exhaled a long sigh of relief. A new song hadn’t started yet, and the singer on stage wasn’t saying anything. Xiao Ke’s brain wasn’t really working from how much alcohol he had consumed. In the moment of silence, he stared directly at the person across from him. Thus, they made eye contact once more. The man looked at him, then suddenly said, “I’m only here to drink, not for anything else. If I’m wasting your time, just tell me. I’ll switch seats.”

Xiao Ke blinked. He only understood what the other was saying a moment later. He immediately awkwardly sat up straighter and vigorously shook his head. “I’m not here for a one night stand either. You’re overthinking it.”

“That’s good then.” The man across from him smiled. His smile was light. He lifted his beer at Xiao Ke. “Then you do you.” YLK0wb

If this were usually, Xiao Ke definitely would’ve felt too embarrassed to keep staring. But he had had too much to drink today, so did what he wanted to. He thought the person sitting across was easy on the eyes and good-looking, so stared at him with abandon. Either way, the other didn’t care. It had been a long time since he had gone drinking with anyone else. Even considering the times with Lin An, it had been a while, much less with a stranger he had never met before. He rarely ever had these kinds of experiences, so now felt it was fresh and interesting.

Xiao Ke rested his weight on his arm and squinted. He used his finger to scratch at his nose, then said, “I rarely drink.”

His words were a little slurred, but he still stubbornly added, “I probably haven’t had alcohol in two years. Today is the first time……Your looks are really appealing to me……”

Before the other could answer, he continued, “I love it when guys have……buzz cuts like you. So cool.”

“I can’t, my job won’t let me……” Xiao Ke didn’t even realize that his tone had turned mushy. Accompanied with his slightly hoarse throat, a result from the alcohol, he sounded quite funny. “I’m a teacher.”

Zhou Zui cocked an eyebrow and looked at him.

“I don’t look it?” Xiao Ke laughed. He pointed at himself, “I really am a pretty great people’s……teacher……”

After this, he burped. It was pretty amusing, but not to the point of being comical. oCPKtN

Zhou Zui laughed too. He didn’t say anything.

There was no need to talk about Xiao Ke’s looks. He wasn’t normally called “Xiao Shuai” by everyone else for no reason; he really was quite handsome. Now, he was drunk and had an arm on the table. In the eyes of all the people hunting tonight, he seemed like a delicious large slab of meat. Because there was someone sitting across from him, though, no one approached. They all knew he was taken. But actually, the two of them had barely exchanged any conversation. If one kept observing them, they would be able to tell that they weren’t familiar with each other, or simply didn’t know each other at all.

A while later, someone walked over. He bent over to look at Xiao Ke’s face, then blew a puff of air at him. He asked, “Want a drink?”

Xiao Ke opened his eyes to look at him. He waved his hand. “Not interested.” hEFLWJ

“There’s no need to be so direct. What a waste to stay so late and not have a drink, right?” The person didn’t want to admit defeat. He lowered his voice a bit, and reached a hand out to pull at Xiao Ke’s zipper. His eyes were seductive. “I can top or bottom. You decide.”

He said this while he was glued to Xiao Ke’s ear. Zhou Zui couldn’t hear and could only see Xiao Ke’s furrowed brows. Thus, when Xiao Ke sat up straight and tried to dodge that person’s mouth, Zhou Zui coughed. He said, “Stop fucking flirting, dude. There’s a living person still sitting here.”

“Oh, you guys know each other?” The person took a couple of glances at Zhou Zui, then stood up straight and laughed. “But I didn’t see you guys talking. How about……everyone together?”

Zhou Zui didn’t look at him again. He only said, “You won’t be able to take him. Give it a rest.” zWvbmo

Hookups at the bar were all about consent. If the other party wasn’t willing, nobody would force them to do anything. That person regretfully shrugged, then left. Zhou Zui said, “Go home, people’s teacher.”

Xiao Ke pulled out his phone and checked the time. He nodded, “I do need to go.”

When they went to pay the bill, Old Su was coincidentally standing by the bar. Xiao Ke had arrived alone, but now that he was leaving, he suddenly had a partner. Old Su’s gaze shifted between the two of them a couple of times. Nobody would say things they shouldn’t in this business. He only smiled and greeted, “Leaving?”

The two had been seated at the same table, so their bills had been combined. Zhou Zui held out his card to the cashier. “Card.”

Xiao Ke hurriedly pulled out his wallet and took out a card. He threw it over. “This one.”

“Ey, no need to fight.” Old Su laughed at them. “It’s all the same no matter whose I swipe. Not a big deal.”

He had known Xiao Ke for too long. With one gaze from the other, he naturally grabbed Xiao Ke’s card and handed it to the server. “Swipe this one. It’s all the same.” iMUVtN

Xiao Ke stood by the bar, waiting for the transaction to finish so he could sign the receipt. He chatted a bit with Old Su. When he got ready to leave after paying, he discovered that Zhou Zui had already left. Xiao Ke bade Old Su farewell and made to depart. Lao Su provocatively said, “A night of pleasure. Enjoy it well.”

Xiao Ke knew he was overthinking it, but didn’t try to explain. He had already been single for over a year; there was no need to clarify, because that would make it seem like he was saving himself for somebody. How lame. Xiao Ke waved, then turned around and left.

As he walked, he thought, maybe I should’ve asked for a phone number just now.

But as soon as he exited the door, he saw the person leaning against the wall. His head was down as he smoked. Xiao Ke looked at him and the man waved. “Here.” UNaWxm

Xiao Ke walked over and asked, “Waiting for me?”

Xiao Ke suddenly laughed. His eyes turned downwards, into crescents; he looked good laughing. He said, “I’m not looking for a one night stand. I’m a normal person.”

Zhou Zui chuckled too. He stuffed a business card in his pocket and spoke, “For tonight’s drinks. Thanks. Come find me when you’re free, I’ll give you a present in return.” pWiAT1

“You’re being too polite. There’s no need.” Xiao Ke waved his hand around. “I wanted to thank you too for drinking with me. Today’s my birthday. At least I managed to find a companion.”

It was in their destinies to meet. A stranger stood in front of him, wishing him a happy birthday. This scene was somewhat comical and amused Xiao Ke greatly. It made him want to laugh.

And he really did laugh. He took out the card and shook it, asking Zhou Zui, “But what do you plan on giving me in return?” JIXCEc

Zhou Zi took a puff of his cigarette and said, “I don’t know how to do anything else, so if you want a tattoo, come find me.”

Tattoos were completely out of his area, but he still thought the profession of being a tattoo artist was super cool. He also thought that it really matched Zhou Zui for some reason. Xiao Ke nodded. “Okay.”

A short bout of destiny was about to end. It was time for Xiao Ke to go home. He held the business card in his hand, but didn’t look at it. When Zhou Zui was about to leave, Xiao Ke went “ey” and called him to a stop.

Xiao Ke asked him, “Your last name is Zhou. Zhou what? I didn’t quite catch it then.”

Zhou Zui looked at him, then softly responded, “Zhou Zui——Zui as in sin.” 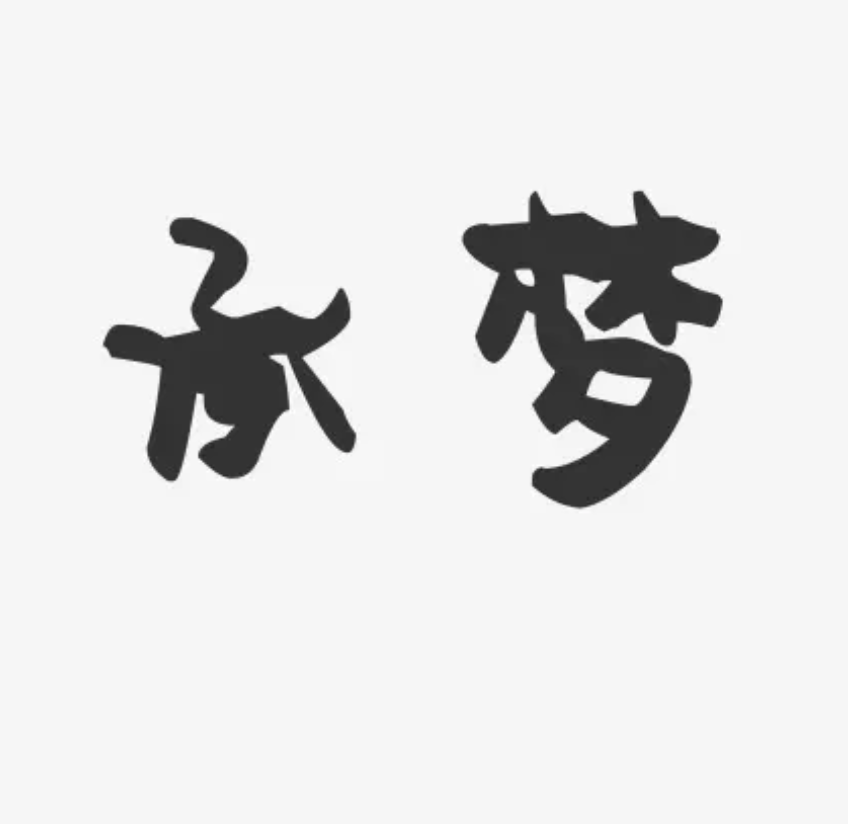 🌺 JP [Translator]
Thank you for your support and I hope you'll enjoy my work! ^^