When Noah had seen the toaster and butter, his eyes had lit up with idea of butter melting on hot toast. On Cradle, butter was much more expensive than margarine, so it was a rare treat to be able to eat it at the orphanage. Which was too bad because butter on warm toast was simply heavenly! Not so much for margarine…

And thus, when his toast was done toasting, in his haste, Noah singed his fingers trying to grab it before it cooled. He yelped cutely, then put his two now pink fingers inside his lovely mouth. 0PCm5s

Such a tough choice! (≧ω≦)

Using his power, Levi took hold of the hot toast that the little kitten had dropped, and made it float onto Noah’s plate. For Enforces, making things float was relatively simple. Just add a force equal to gravity but in the opposite direction and voila. The process was the same if they wanted to move something – just apply the appropriate amount of force in the right direction.

Seeing his kitten’s widening eyes, Levi felt immensely self-satisfied. The corner of his lips curled up slightly, forming a rarely seen sexy smirk. Then he proceeded to show off his fine power control some more, by using it to spread butter over the hot toast. All the while throwing Noah furtive lovestruck glances, looking like a big dog wagging its tail, asking to be praised. PifVBp

‘Mn. Apply force at the right part of the butter to cleanly slice off a 1 mm thin piece, then make the slice float on top of the toast and arrange itself in a neat line. Easy!’

Receiving his little darling’s worshipful gaze, Levi felt like flowers were blooming all around him. Even when he used his power to fly, he didn’t feel it was as impressive as now when he was using it to spread butter on hot toast!

Still equally as dumbfounded father-in-law: “No. Your skin bruises easily, pinch me instead.”

Mother-in-law: My god! Who knew the famous lone wolf Astar Levi could be such a doting elder brother?!  o((>ω< ))o HmWhEs

Father-in-law: …If he could be just half as good to his wife, that would be great… 〒▽〒

Cordia daddy felt a bit skeptical about this whole matter, but since he couldn’t quite put into words what exactly about this son-in-law raised alarm bells in his head, he didn’t interfere.

It would be a long time before Cordia daddy realized that those alarm bells were caused by recognizing the gaze, this son-in-law used to watch his little son, as the same gaze he used to look at his wife… and by the time he realized this important fact, it was far too late to do anything about it. ○|￣|_ pQn5Fb

“Well, honey one and honey two, I have to go. I still have so many last-minute wedding preparations to do.” Cordia mommy got up from her seat, giggling. She gave a quick peck on the lips to her husband and then dropped a wet kiss on Noah’s forehead.

The family waved her off with a smile.

Levi, the only one not smiling: ‘…Uh-oh. The wedding. There’s that too… Almost forgot about it. Mn. Yeah… that…. might be a bit of a problem…’

The marriage between the two cities absolutely needed to happen. And that child heir needed to be produced. Otherwise, there will be whole hell breaking lose, two families and their two cities falling out with each other, and most importantly – his happy matter with his precious baby would be ruined! 3oFg9O

He might be getting the family treatment from his little darling right now, but as soon as the relationship between their two families fell apart, there would be a fat chance of seeing his baby again!

Well, of course, he could always resort to kidnapping, but while the idea of locking his baby up so that he could have him all to himself might get his lower member excited, he wasn’t stupid enough to think it was a good idea. Putting aside the fact that doing such a thing would undoubtedly lead to war with Concordia, the main issue here is that he didn’t want to make his baby unhappy.

Sure, tying him up to the bed and fucking him hard until he cried sounded good on paper, but the premise was that his baby’s crying was from pleasure, and not because some psycho was brutally raping him.

The mere idea of his baby crying brokenheartedly was more than enough to cool any sort of arousal in Levi. He couldn’t hurt his baby, not emotionally nor physically, thus he needed his baby to like him back! And he couldn’t allow their families to have a dispute over this marriage matter. Otherwise, all of his hard-won affection points would flip into the negatives!!! SvZYNQ

But he obviously couldn’t marry his darling’s sister… Knowing his little kitten’s personality, the moment he married his sister, his chances to snatch his little kitten will drop straight to zero!

…he should have a serious talk with his fiancé asap and then set the next course of action based on how the talk goes.

Maybe he should come up with a convincing speech first? He somehow doubted that straight out saying ‘Sorry. Can’t marry you. I’m in love with your brother’ would work…

Yeah… he doesn’t see that talk going well… he should…. He should probably wait until she gets a good rest, yeah? And probably take her out to her favorite restaurant first? Putting her in a good mood first can’t hurt?

Tsk. Maybe it would be more effective to just ‘cook the rice’? They wouldn’t be able to separate him from his darling if their relationship had already been consummated. wkqYTI

No, wait, this wasn’t a tv drama. Would that strategy even work if the other person didn’t get pregnant?

Uh… maybe he should rethink his plans?

This was a modern age, sure, but uh, men still couldn’t get pregnant, right?

Levi was very tempted to do an internet search on that, but he obviously couldn’t do it while the little guy was standing right next to him, so he had to put it on his growing to-do list. aTCek7

While many things ran through Levi’s head, on the outside, only moments have passed, and Cordia mommy had just finished saying her goodbyes to her husband and son. She didn’t forget Levi either, so she winked at him encouragingly as she walked off, “Have fun, and remember to stay safe.”

Levi: ‘I understand what you mean, mother-in-law! (｡•̀ᴗ-)✧ Don’t worry! I am completely healthy, absolutely no STDs! And there is no need to worry about unplanned pregnancy either! (⸝⸝⸝ºωº⸝⸝⸝)

…at least, I think? 🤔 Really should do a net search on male pregnancy…

Blackie: (￢_￢;) Um… captain here. She wasn’t telling you to use condoms, she was talking about avoiding dangerous places and activities, such as extreme sports… speaking of dangerous activities and extreme sports, I am pretty sure sex with you falls into that category… lQXOmj

Soon Cordia daddy also departed for the city hall, leaving one hungry wolf and one unsuspecting lamb in comfortable silence.

Levi was immensely pleased. Finally, he was all alone with his darling. Now, if his fiancé wasn’t sleeping just upstairs, he might even consider ‘cooking the rice’ right here and now.

Tsk. There always had to be someone to get in the way of his happy matter.

Noah, on the other hand, was feeling immensely pleased with how well this meeting with Aris’s parents went. Indeed, when Blackie had claimed that the identities he would be taking over were suitable for Noah, he wasn’t lying. The way Noah interacted with others was similar enough to Aris that he didn’t need to go out of his way to change anything about his own behavior. Even his own appearance and demeanor had many points of similarity with Aris. npIuNo

It might be hard for Noah to feel comfortable with taking over someone else’s place right now, but with time, the feeling will change. Eventually, he will be able to fully accept everything about it as his own, including Aris’s family and friends. Aris had only lived for a short 18 years. What are 18 years when compared to the duration of one’s entire life?

The one who will be interacting with and looking after his family, his city, his friends, for many years to come will be Noah. After so many years, these people and this city will no longer belong to its original owner, but would fully belong to the one who nurtured them over all this time – Noah.

Metaphorically, it was like Aris was a parent who gave birth to a child but died in a car accident when the child was two, while Noah would be the one to adopt it, gave it a warm home, and raise it for the next decades. Would anyone be able to claim in good conscience that Noah wasn’t a real parent, even if he wasn’t the biological one? YvVG4D

Still… there were certain things that Noah could (metaphorically!) claim as his own right away. Noah peeked at the reticent brother-in-law, who didn’t seem at all bored at the silence and felt even more pleased with this identity.

He might feel like he was tricking the feelings of Aris’s family and friends, but he felt no such reservations towards this brother-in-law. The man held a special place in his heart as the only relative with whom he could fully let his defenses down and relax without feeling any guilt. The only close relative with whom he could just feel like Noah.

And, in his opinion, the man was the perfect image of a good elder brother! Just what he needed to feel at home at this place!

“Blackie, you guys did a great job picking an appropriate identity for me. 👍 Well done!” Noah felt that credit should be given where it’s due. qdKtc4

Blackie, who had the ability to hear all thoughts of his host, unless his host explicitly didn’t want them heard, internally rolled his eyes.

Next chapter, we’ll have the last relaxing activity before the shit hits the fan. The two won’t be going for date-like activities for a while. but who am I kidding, even if they were standing in the middle of a storm of bullets, Levi will find a way to shower us with dog food ಥ‿ಥ hs4OL 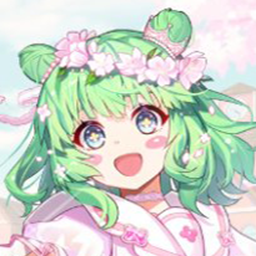