Suo Fei looked around and discovered something different.

He had previously seen this scene in the treasury, but back then, it gave off a sense of unreality. As if he was looking at an illusion from a distance. Now, however, he felt that he was truly in this place. u04jOt

This place was extremely calm and beautiful. It had green hills, tall trees as well as the smell of spring in the air. However, there’s less activity and more desolation.

Right… Suo Fei realised that it was too empty, like a bustling city that had no people, giving him this sense of disharmony.

Where are the people?

Suo Fei suddenly remembered that when he first entered the treasury, everyone saw the illusion. Back then, Samael said that he had been here. After that, a lot of things happened so Suo Fei didn’t get the chance to ask Samael what he meant. He almost nearly threw it at the back of his mind. h y2rP

He only remembered it after seeing this place.

So to say, Samael had really been here before? Just where is this place? In a sense, Suo Fei knew Samael extremely well.

After all, he almost finished the game and had gone through most of Samael’s past and future. In the game, he had never gone to this place and didn’t have any recollection of it.

Suo Fei didn’t ponder about it too much. He could just ask Samael these things. It’s useless to mull it over by himself.

Just when he was wondering where Samael had gone, Suo Fei saw a huge, red figure flying in the horizon which approached him not long after.

It was the red dragon.

The red dragon was huge, nearly a hundred metres long. Thus, the image of its huge head approaching him was startling. sOMJui

The red dragon stared at Suo Fei with its big eyes and said something in a rumbling manner.

This roar… It’s the little cub?

One was the little cub who was sitting on the dragon’s head with his wings folded behind him while holding something with his claws. Next to him was a bunch of tiny fireball fatties.

Suo Fei felt exceedingly warm upon seeing them. He badly wanted to pet them.

The little cub unfolded its wings and flew down from the dragon’s head. Suo Fei found out that he was holding a big pot with his claws. The pot was brimming with porridge, steaming and emitting a tantalising aroma.

“Come on, quickly eat something to fill you up.” eAGf5W

The little cub was somewhat concerned. Then, he suddenly remembered that Samael had fed Suo Fei spoon after spoon in the dwarven village. He helplessly complained, “Don’t make things difficult for me. Cooking porridge for you is already my limit. My claws can’t hold a spoon to go and feed you.” whWIc4

Hearing this, the emotions that were bursting in Suo Fei’s heart were instantly reduced. He took the pot and mumblingly said, “F-feed, your ass. Quickly come inside so we can eat together.”

After he spoke, the little cub entered the house, followed by the fireball fatty. The red dragon who had been watching the whole time with his huge eyes started protesting at this moment, “You- You guys ignored me!”

Suo Fei: …… Big bro, with your size, nobody can ignore you unless they’re blind, alright!

However, the red dragon obviously didn’t think this way. He stared at them with his big eyes and burst into tears. bvCnK8

Suo Fei was dumbfounded. The little cub anxiously said, “Lazy dragon! Don’t cry! Do you want to drown someone?!”

The red dragon stifled his tears and fewer tears flowed out.

Suo Fei reacted and hurriedly asked, “Do you want to eat too?”

The tears completely stopped. The red dragon blinked its eyes and Suo Fei face-palmed. F**k, what a big idiot. ngmWES

However, the little cub refused, “This meagre amount of porridge isn’t even enough to fill the gaps between your teeth. You still have the nerve to eat it. Won’t you be ashamed?”

The two bickered until the red dragon finally gave up on eating the porridge. Suo Fei, the little cub and the fireball fatty chose not to eat inside.

They brought out a table and four chairs. Suo Fei, the little cub and the fireball fatty occupied three of them. As for the remaining one, Mr. Red Dragon placed his head on top of the chair and could barely be considered as sitting on it. LX7y9Z

Looking at this scene, Suo Fei was somewhat unable to eat the porridge. He was afraid that he would choke himself laughing if he took a sip.

Thus, when Samael came back, this was the scene that he saw.

The little cub was giving the red dragon the cold shoulder. The red dragon was feeling wronged. The fireball fatty was busy serving Suo Fei porridge while using his body to keep it warm and, at the same time, sneakily eating a bit of porridge. Lastly, Suo Fei’s eyes were filled with laughter as he peacefully ate porridge.

The scene seemed incongruous but was unexpectedly harmonious. The corner of Samael’s raised into a faint smile. 5Wiyag

Suo Fei was the first to discover Samael. His silver eyes immediately lit up.

The red dragon was the second. He instantly rushed towards Samael. Samael patted his head to appease him and said something to him.

The red dragon bid goodbye towards Suo Fei and the others, flapped his wings and flew away.

Without the colossus, the place instantly became spacious. r2nvkq

Samael took over the fireball fatty’s job and served a bowl of porridge to Suo Fei. He softly asked, “How are you feeling?”

When he heard Samael’s voice, Suo Fei was slightly jittery but only for a while. He replied, “Very good.”

Suo Fei coughed and felt that the atmosphere was a little awkward. He hurriedly changed the topic and asked Samael, “Where are we? Isn’t this the treasury?” APWzmI

“We’re not in the treasury. Salvag’s treasury disappeared after we left.”

Suo Fei was stunned when he heard this. He quickly asked, “What about the artifact?” He was talking about the resurrection artifact.

Suo Fei was dumbfounded. He asked, “Where is it now?” He had left his interspatial bag in the Demon Realm and now, the resurrection artifact was missing. OAaLPI

Samael pacified him, “Don’t worry. Nael told me that the resurrection artifact had been taken by his brother.” Samael paused and continued with a frown, “It’s just that Nael doesn’t know where his brother is.”

Suo Fei, who had finished the game of Yalance, had only encountered one dragon in the game. It was Hull who was imprisoned in the bottomless abyss. The jadeite green dragon who had spent thousands of years in solitary confinement.

Could it be that the resurrection artifact is with Hull? hDyUnK

After a while, the red dragon came back.

Without haste, Suo Fei described Hull’s appearance, causing the red dragon to be dumbfounded. He shouted, “That’s Hull! It must be Hull, elf! Where did you see him? My brother… He had been gone for a long time. He told me that he would come back, but he didn’t return after such a long time.” The red dragon burst into tears. xfmPl0

Suo Fei felt his heart ache. Hull should still be trapped inside the bottomless abyss. He was just about to speak when he paused and ended up not saying anything, only holding Samael’s hand.

Samael knew that Suo Fei didn’t want to say it so he comforted the red dragon, “We’ll find Hull and you’ll be reunited with him.”

The red dragon was appeased.

After sending away the red dragon and the little cub, Samael and Suo Fei entered the house. Suo Fei told him about Hull’s situation. hq xpI

Suo Fei nodded and added, “It’s in the Sea of Chaos.”

Suo Fei knew what Samael was pondering about. There weren’t any living creatures in the Sea of Chaos. Thus, it could be said that no one in Yalance had heard of the bottomless abyss. Naturally, Samael was also unaware of it. A2 NlR

However, Hull was definitely in that place. He was still alive, relying on his immense vitality to live in desolation.

Samael didn’t doubt Suo Fei’s words. He pondered for a while before asking, “Is there any way to enter the Sea of Chaos?”

There really is a way… Suo Fei turned to Samael and solemnly replied, “We’d need to pass through the Demon Realm.”

Upon hearing this, a fierce look flashed in Samael’s eyes and said in a low voice, “I understand.” sL2ld5

This was a hidden game route. At that time, Hull had fully exhausted his strength and couldn’t even speak, but he used his remaining strength to send Samael out of the Sea of Chaos.

Without even saying a word, the jadeite green dragon gave up his life to save Samael, whom he had met for the first time. Samael was extremely touched by this incident.

Therefore, he had never forgotten about Hull. When he obtained the ‘Transmogrifier’, he found that this artifact could save Hull. In order to rescue Hull, he attacked the Demons, broke through the Demon Tower and entered the Sea of Chaos by force. ElpAg

Speaking of which, it wasn’t difficult to conquer Hull’s feelings. However, this course of events happened throughout the entire game, with one thing leading to another.  He met Hull in the beginning but only successfully conquered him in the latter half of the game.

It was just that after rescuing Hull, Hull became increasingly reticent. He also treated Samael indifferently. He no longer had his initial dedication where he would rather lose his life in order to save Samael.

Suo Fei had never been able to understand him. For instance, why did Hull save Samael? Also, why was he so cold towards Samael afterward? Suo Fei was unable to figure it out even until the game was about to end. Well, the 10P feast hadn’t even started so how could he say that it was truly over?

And now, because of his involvement, Samael missed his first opportunity to meet Hull. Hull didn’t save him, so Samael would not want to save Hull. However, Samael met the red dragon. Samael seemed to have a very good impression of the red dragon and was extremely close to him. wZemxV

Suo Fei was deep in his thoughts when he was interrupted by Samael’s words.

“Nael told me… That this is my home.” 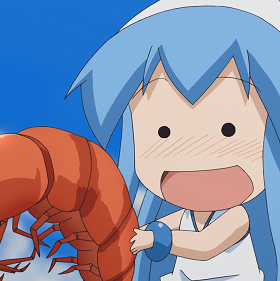