“Nonsense, if there’s no business, what do you want to do with me then?” Qi Yun laughed scornfully, “However, I’m not some cat or dog that will just come at your beck and call. My whole mercenary group is engaged in big business. I don’t care about this kind of stuff involving a baby who hasn’t even been weaned off milk yet.” OplGPe

When talking about the baby, Qi Yun’s eyes were clearly looking at Yan Tianhen, who was absentmindedly smoothing out Ah Bai’s fur.

When Yan Tianhen felt his look of contempt, his hands accidentally let go and Ah Bai fell to the ground.

Ah Bai laid there with a stupid face, then quickly rolled and stood up as if he hadn’t understood what just happened.

Yan Tianhen touched his nose, “If you nurse a baby, I will milk myself. I don’t need your milk.” s2hmx0

“Don’t call me that, little master.” Qi Yun waved his hand grandly, “It sounds awkward. I’m only a captain for the time being. You can call my name directly. My name is Qi Yun, Qi for flags and Yun for clouds in the sky.”

Qi Yun replied, “You’re so beautiful. I don’t even have to ask to know that you’re Lin Zhan’s son. But I heard that your cultivation was crippled before. How do you feel now?”

Yan Tianhen, “…” Nowadays, do people all talk without regard to other people’s face anymore?

Lin Xuanzhi told him, “I’ve recovered a lot. Thank you for your concern.”

Qi Yun gave him an obscure look, “I don’t care about you, I just had to evaluate whether I will lose money if I do business with you.” dJZWl8

Qing Zhu interjected, “Money is not a problem.”

Qi Yun smiled again, looking particularly roguish and evil. “I haven’t been short of money since I was born, nor have I cared about it. There are more than twenty people in my mercenary group and you must have given them the money. But, when I was doing business with Lin Zhan, he not only gave money but other things too.”

Lin Xuanzhi asked, “What do you mean by other things?”

Qi Yun blinked and vaguely hooked the corner of his lips at Lin Xuanzhi. “For example, you can sleep with me.”  dSIZcW

Yan Tianhen nearly missed his footing and fell to the ground.

Lin Xuanzhi was unmoved as if he hadn’t been asked something obscene.

Lin Xuanzhi said lightly, “I really didn’t expect that the captain of the mercenary group was actually the one who was in a hurry to ask for an exercise.” Gw Sfj

Qi Yun was stunned. Then he flew into a rage and swore, “I want to fuck you. What the fuck do you think?”

Lin Xuanzhi said with a cold face, “You also have to see if you have that ability.”

Qi Yun originally wanted to get angry, but as he stared at Lin Xuanzhi’s face for a while, he laughed, “You are as funny as your father. Come on, I think I can consider continuing to cooperate with you, as long as you’re not a silly little fool practicing swords.”

Yan Tianhen became alarmed and glared at Qi Yun, “No, this is my little friend and my son. How can I give him to you?”    vrquE5

Qi Yun was a little upset, “That isn’t good, now this isn’t either. Are you sure you’re being sincere?”

“Yes.” Yan Tianhen answered angrily, thinking for a moment, “Otherwise, let my Dage sleep with you?”

Lin Xuanzhi and Qing Zhu looked at Yan Tianhen together.

Lin Xuanzhi said with a smile that didn’t look like a smile, “What did Ah Hen say just now? Dage didn’t hear it clearly. Why don’t you say it again?” o7ez6j

It hurts! He was just joking! HKUwcf

Qi Yun glanced at Yan Tianhen, and smirked, “I didn’t expect you to be fun.”

Yan Tianhen said, “Even if I’m fun, you can’t have any ideas about me.”

Just as Qi Yun was about to speak, Yan Tianhen continued, “You can’t have any ideas about my Dage either.”

Qi Yun sneered at both of them, “Don’t worry, I’m not interested in any of you. Even if your Dage looks like a fairy, I still don’t care.”

Yan Tianhen curled his lips, “So what do you really want?”

“Impossible.” Lin Xuanzhi was adamant with no room for discussion. “If you have to do this, we don’t need to continue talking.” 9NDCwj

Qi Yun said coldly, “Is that how you want to send me off?”

Lin Xuanzhi responded, “Then what else do you want?”

Qi Yun said, “I’m afraid you haven’t heard of this sentence before— it’s easier to invite a god than to send one away. I really have to do this business with you.”

Yan Tianhen was puzzled, “I haven’t seen such a salesperson like you who forced people to buy something. What do you want?” yJflnd

Qi Yun stared at Ah Bai for a moment, “Let me play with this tiger cub for a few days.”

Ah Bai lowered himself and shouted at him a few times, as if he were rejecting him.

Lin Xuanzhi frowned slightly, “Why do you have to pick at Ah Bai?”

Qi Yun tilted his brows, “Look at it. I’ve never seen such a tiger cub that looks like this. I want to feel what it’s like to bully him.” yMz42Q

Lin Xuanzhi raised a corner his mouth, “It’s because it’s so stupid that I do not trust to give it to you.”

You call me stupid? Are your pair of dog eyes blind?

Qi Yun suddenly laughed, “I mean really, you can’t raise tiger cubs like this. Beasts should be living in the forest where they are born to experience a dangerous environment. Their current strength is probably only due to the inheritance of their blood but even if their blood is no more powerful and they don’t suffer any danger, they will always just be stupid and incompetent tiger cubs. You may as well let him and the tiger cub that has been sleeping on the tree to follow my mercenary group and experience some things while doing tasks.”

Hu Po, who dozed off on the tree, pricked up his ears at the sound of his words and opened his amber eyes to look at Qi Yun.

Suddenly, Hu Po seemed to realize something as he jumped down from the tree and bit at Qi Yun. y0jP9

Qi Yun slowly reached out a finger and knocked Hu Po’s head lightly. Immediately, Hu Po fell sprawling to the ground, the thunderstorm that had yet to form on his claws had also shattered completely.

Don’t say it. It was really embarrassing.

Ah Bai ran around in circles, laughing like two immature tiger roars without any sympathy for Hu Po. sl6p53

Hu Po flicked his tail and faced his butt at him to carefully approach and sniff at Qi Yun’s shoes.

Qi Yun raised his brows and suddenly released a loud tiger roar. In front of them, he turned from a pale human to a ferocious tiger.

Qing Zhu was also ignorant. How did he never know that the leader of Cloud Summit was unexpectedly also a demonic beast— and a tiger too.

Qi Yun shook his fur majestically. It was unclear whether Qi Yun’s race was related to Ah Bai and Hu Po. Basically, his fur was white with some beautiful black patterns. His limbs were strong and his body was high-spirited. At first glance, he looked to be full of the power and majesty of the king of beasts.

Ah Bai was instantly excited, whining and running towards Qi Yun, hoping to roll around his legs. Seeing the same kind, Qi Yun seemed to be in a good mood as he hung his head down and picked up Ah Bai with his mouth, throwing him on his back.

“Roar—!”  Qi Yun cried excitedly and with four strong legs stretched out, ran toward the distance.

Yan Tianhen watched his back as they rode off with dust flying in the air. After looking for a while, he couldn’t help but sigh with emotion, “The original Qi Yun is really handsome and overbearing. If only I could be as handsome as him.”

Yan Tianhen blinked at him. Na0gTQ

Lin Xuanzhi continued, “Qi Yun’s aura was clearly built up through battles. It’s estimated that even if Ah Hen became a demon tiger, you’d only be on the same length as Ah Bai and Hu Po.”

Qing Zhu smiled, “Ah Hen must cultivate hard in the future, or else you’ll be left in the dust.” I d2Y3

Yan Tianhen looked at the sky with deep sorrow and sighed, “However, even if I try hard, my Dage is much more powerful than me. My Dage has a high starting point, high talents, and can concentrate on cultivation. Are you not gonna let other people live ba?”

Lin Xuanzhi replied, “There is a saying in the world, it is called ‘in 360 fields, there will be an expert for every field’. I can’t compete with you in every way, like alchemy. This isn’t something I can do.”

Yan Tianhen thought for a moment and felt it was very reasonable. Then he blinked and said with a confused face, “So, where are Ah Bai and Hu Po now?”

Fortunately, however, Qi Yun did not intend to kidnap the cubs. He probably had a good run, and took the cubs back to the original place.

Ah Bai and Hu Po were obviously excited by the rapid speed like wind and lightning. When they were thrown down by Qi Yun, they were still jumping around in enthusiasm. mL5WO

Once Qi Yun tossed his fur, he became a human again.

“Son of a bitch, these two tiger cubs have actually reached the realm of seven stars.” Qi Yun had his own set of testing methods, and he said in displeasure, “However, their fighting capacity is not as good as that of a five-star cub. Are you planning to completely raise them as scraps?”

Ah Bai’s eyes were burning at Qi Yun. In that pair of purple eyes, the bubbles of worship were almost overflowing.

Hu Po was not as explicit, but from his eyes, one could easily tell that he was impressed by Qi Yun. HFUyoZ

“What can be taught in a Demonic Beast Institute?”

Qi Yun, a wild and long demon tiger, naturally despised things like the domesticated Demonic Beast Institutes. He scoffed, “Beasts should live as beasts. You treat them as pets so they’re naturally pets. You regard them as fighting power so they’ll naturally have fighting power. I think these two tiger cubs should have the blood of the White Tiger Clan. They must be much more powerful than a half-demon beast like me. While they are young, you may as well give them to me for a period of time. I can teach them more than what they’ll ever learn in ten to eight years in a Demonic Beast Institute.” 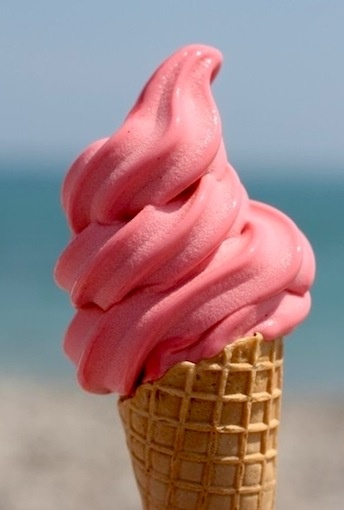 🌺 Sarah [Translator]
Hello, my name is Sarah! I work by day and translate by night. I love reading Chinese BL novels in my free time and I also enjoy translating other novels (which I do in other sites)~ If you'd like to support me (and help my motivation), you can buy me coffee through my ko-fi~ (≡^∇^≡)