After letting his imagination run wild for a while, Lin Shu began to practice a breathing technique from the “Cleansing Black Meridians for Cultivation”.

According to the book, it was possible to stabilize one’s median roots through regulating their breathing during daily meditations, training their breaths to be deep and even, and replacing the polluted air in their body with fresh ones.  With enough practice over time, his meridians will gradually improve. Nlbhj

Lin Shu cleared his mind, and followed the instructions in the book, steadily controlling his breathing. Gradually, he became immersed in it, and one hour passed before he stirred from his trance.

This feeling was very familiar, much like having finished a Dhyana meditation in his previous life.

He stretched out and looked at his right hand.

It was a frail-looking hand, faintly scarred palms sickly pale under the moonlight. fBuelT

At the end of his meditation, his hand felt a little hot, but in particular, he could feel major changes in his Shaoyang meridian and Zhongchong acupoints, where a small amount of qi has gathered.

Lin Shu picked up the book that was lying next to the bed, and carefully read through the descriptions of the breathing technique he used, but nothing about this situation was mentioned.

— Could it have worked this quickly?

He clenched his fist and decided to try once more.

This meditation took longer than before, and the moon was high up in the sky by the time he was done. His right hand wasn’t as hot anymore, and most of the qi has dissipated.

He started flipping through the book again, almost tearing the pages off the spine. Yet, he still found no possible reason. Theoretically, the effects of this kind of breathing technique should be like that of the spring breeze and rain, gentle and subtle. It should neither appear nor withdraw this quickly.

Absentmindedly, he lay down slowly, and planned to try again tomorrow.

The next day, Lin Shu woke up early.

His right hand had returned completely to normal, but his blocked meridians only opened up a little. Although it was nearly insignificant, the fact that it happened to the body of someone thought to be incompatible with cultivation was already a miracle.

Lin Shu then started another round of meditation.

Now, this was a little metaphysical.

He did not push any further, and instead decided to practice the “Meridian Forging Method” next.

He walked out of his bamboo house into the morning mist which enveloped around his body.

His room was situated facing south across the main room, directly on the opposite of Ling Fengxiao’s room.

In the distance behind the sea of bamboo, the area that was Ling Fengxiao’s territory, according to Yue Ruohe, had been levelled to the ground by the girls of the Phoenix Villa, and the bamboo was dug up and replaced with peonies – mayhaps they thought that the bamboo was not worthy enough of their young lady.

It was a mystery how they made the peonies bloom deep shades of pink and orange even in the autumn weather. From afar, they formed a beautiful illusion of clouds against the sunset 8XdT3x

In the midst of the peonies, was a figure dressed in red. To Lin Shu’s surprise, Ling Fengxiao was also up, practising with her sword.

Three feet long, the blade in Ling Fengxiao’s hand flashed as it danced through the mist.

Expressionlessly, Lin Shu turned back, flung his door open and locked himself back in. hOaiPc

He shut the bamboo blinds of the window to allow himself to practice in peace.

The Meridian Forging Method was straightforward, consisting of three sets of movements with increasing difficulty. His weak body could only handle the first set of movements, the whole sequence taking around half an hour. Practising over and over, the muscles in his body were quite sore by the time he was finished.

Lin Shu had only trained with swords in his previous life, and was never exposed to such exercises that purely strengthened his physique. It felt empowering, and he decided to study it properly in time.

He had sweated a bit, and walked to a small room behind the bedroom to wash up. 5w sZ8

A jade bath barrel was set in the room, engraved with inscriptions. The morning mist over the bamboo forest was condensed to form a spiritual spring, which flowed into the barrel. Spiritual springs were rare, and its efficacy is extraordinary. It could even be used for healing, and has many natural benefits.

——As Bai Xiaosheng had said, the academy was well prepared with everything needed for the disciples to practice diligently.

However, the water was cold.

When Lin Shu was out, he sneezed and felt chills along his skin. 5zLpOD

He hastily returned to his bed, wrapping himself in the quilt and studied the exercises in the book.

An hour later, the outside world gradually awoke. The fellow disciples of Yue Ruohe exchanged a few words in front of the main room, and Yue Ruoyun herself praised Ling Fengxiao in admiration.

A short while later, the voices of Ling Baochen and Ling Baoqing drifted into his ears, getting closer and louder. The girls from the Phoenix Villa were scattered around the various gardens, no doubt looking for Ling Fengxiao.

He could not possibly be coming down with a cold.

He got up in exasperation, and stepped out to have breakfast in Crystal Heaven.

It must have been his unlucky day. He once again ran into Ling Fengxiao and her party of girls. Out of the corner of his eye, he had spotted figures dressed in red and wanted to slip away, but was stopped by Ling Baochen.

“Lin Shu!” Ling Baochen exclaimed excitedly, “It’s only been one day, yet it seems like three autumns have passed. I almost couldn’t recognize you in this outfit. You look great!” zCoVNr

Ling Baojing laughed along. “Our new brother is obviously not crazy or stupid. Why did you act as such in the ghost city? You’re much more handsome like this.”

Lin Shu thought back to that night in the ghost city, and the dark moment that can never be erased from history. It was just his luck that the girls of Phoenix Villa were brilliant and naive, constantly bringing the story up.

He had nothing to say, but squeezed out: “All of you look good too.”

The girls fell into a fit of laughter again: “Your mouth has turned sweet too, but it is not directed at the right person. With Big Miss here, who dares to say that they are good looking?” mbdOT

Ling Fengxiao looked at the girls, eyes softening and a small smile curving at the corner of her lips, and said lightly: “That’s enough from you all.”

Ling Baojing stuck her tongue out at Lin Shu: “We’re going off first!”

And off they went, a skip in their steps. FGaUTm

In the blink of an eye, a morning breeze blew by, sweeping up Ling Fengxiao’s dark hair.

Lin Shu was stunned for a moment.

Ling Baochen and the rest were beauties in their own rights, but none could be compared with Ling Fengxiao … fe 2io

Lin Shu could not think of any words to express what he meant. It was a disorienting feeling, as if she was challenging the very definition of aesthetics, too beautiful to the point of being unbearable to look at.

He quickly shook out of his daze, a little confused, and went to the dining hall to get his breakfast.

Halfway through his meal, Yue Ruohe came, along with Yue Ruoyun, who immediately sat down next to him.

Yue Ruohe’s eyes were gleaming: “Brother Lin, I saw you on the way here. Are you close to the girls of the Phoenix Villa?” grWfb7

Lin Shu shrugged: “I am acquainted with them.”

“Unbelievable!” Yue Ruohe said, “Brother Lin, give me one of them!”

Yue Ruoyun was curious too, “What is it?”

Yue Ruohe waved her away. “Sister, you can’t listen.”

Yue Ruohe moved closer: “Brother Lin, have you never given a thought about your future partner?”

“Then you must seize this opportunity,” Yue Ruohe said secretively. “Phoenix Villa! You can sleep easier at night with ties to such a powerful sect!”

Lin Shu hesitated: “… What do you mean?” Mf0KDz

Yue Ruohe rolled his eye., “Do you think our academy is rich?”

The academy supplied a lot of materials, but never accepted anything in return.

“Half of our academy’s money is given by the court, and the other half comes from Phoenix Villa.” Yue Ruohe continued, “Phoenix Villa’s wealth can single-handedly fuel the entire nation’s economy. To be honest, Brother Lin, if you take a walk on the streets, half of the shops are affiliated with the Phoenix Villa.” r Bd4m

“Think about it, if you have a partner from the Phoenix Villa, you will never have to worry about lacking elixirs for cultivation, gold and treasures, or even secrets of the world, not to mention…”

At this, he stopped, coughing, “My sister is here, Brother Lin, you should be able to guess what I’m talking about. In short, as a son-in-law of the Phoenix Villa, you can cut your cultivation time by 40 years.”

Lin Shu was not able to guess what Yue Ruohe was talking about, but in fact, he already knew.

On this Immortal Road, not only was Yue Ruohe dearly lacking in skills, he frequently fantasized about having a rich wife. vNuVto

This world really worsens with each passing day.

Yue Ruohe pestered Lin Shu endlessly, obtained the names and personalities of Ling Baoqing and Ling Baochen, and left with satisfaction. Before leaving, he urged Lin Shu not to take this matter into heart, like a concerned father.

When his master was still alive, he once sighed, “Apprentice, the day you find a girlfriend, will be the day pigs can fly into space.” Zoqh6Q

Pigs could never fly into outer space, so it seemed safe to assume that he would never have a girlfriend either.

Much less a beautiful rich girlfriend.

That was the mindset a person who pushed past all obstacles to get to where he was should have. aUi56j 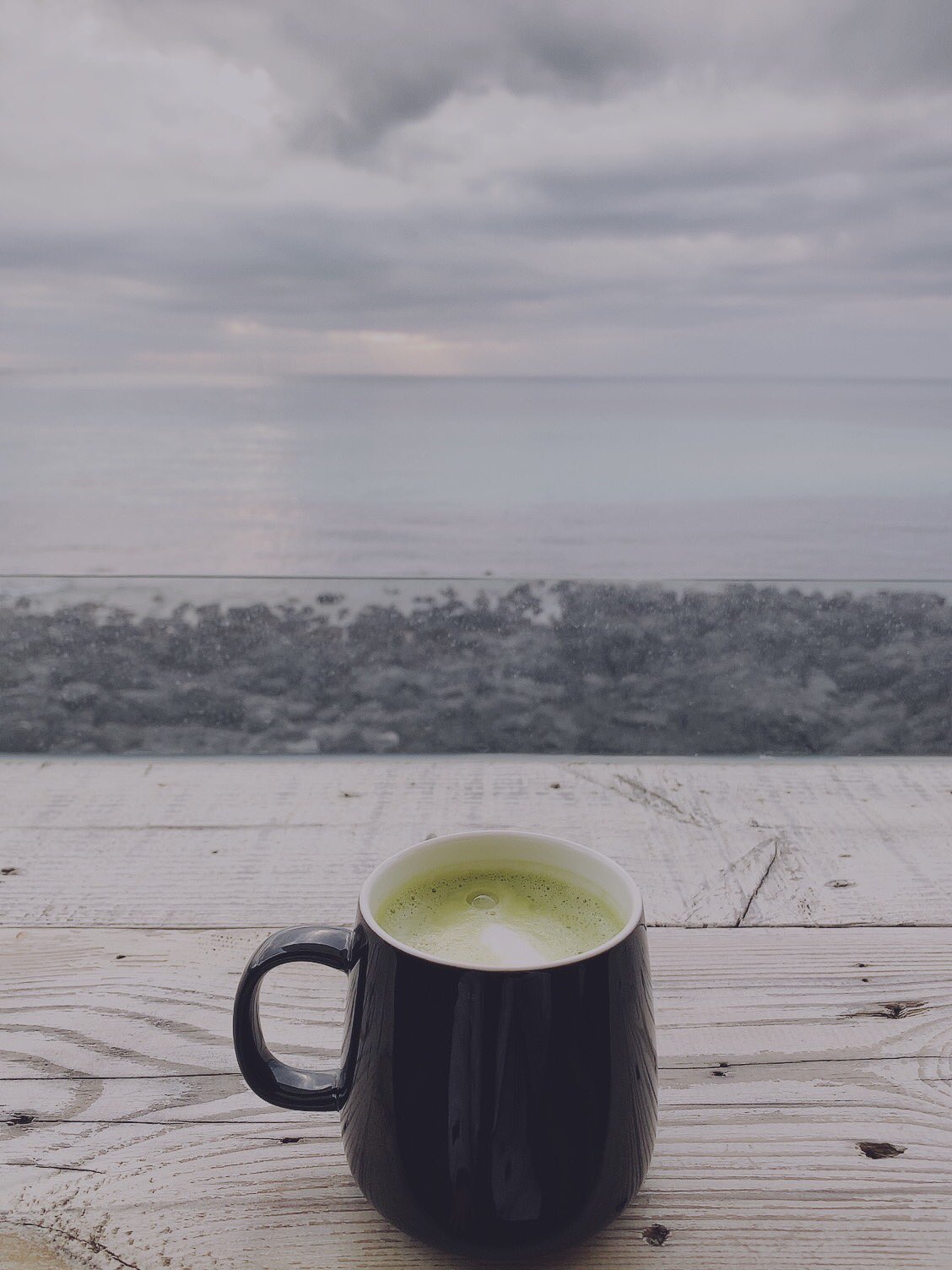