Scott didn’t give Wu Zimo a clear response, but he noticed Scott’s gaze and knew that the other was seriously considering his suggestion. So, he didn’t pursue it. Scott was already an adult and should have his own considerations.  QJxA4t

Wu Zimo was very satisfied with today’s shared meal. Regardless of whether his relationship with the male god had taken a step forward or not, the most important thing was that the dishes Luo Ye had developed were incredibly delicious!

Scott brought Wu Zimo, who he liked with his entire heart, back to his room. There was a smile in his eyes that couldn’t be wiped away. On the way, he ran into Rocard, who had been waiting for him. Once the sharp-eyed Rocard discovered him, if he didn’t tease Scott, whose entire expression was filled with a spring breeze, then he wasn’t worthy of having the secret title of the founder of the gossip sect.

“Oh, our male god sure has an expression full of spring breeze today. Did having dinner with Wu Xiao Mo make you so very happy?”

Scott’s gaze returned to normal upon seeing Rocard. His expression was unperturbed as he looked at the teasing smile on Rocard’s face.  ozIk7L

Of course, Rocard was happy to be able to tease Scott, but the person he was teasing only looked at him with the expression of an iceberg. It was only on Rocard’s thick skin though that it would have no effect at all. Others would definitely have been scared off by Scott’s current paralyzed, iceberg face.

“I have a matter to discuss with you. We can talk in your room.”

For Rocard to be able to intercept Scott on the path between Wu Zimo’s room and Scott’s, of course it was because he had received some information. He knew Wu Zimo had invited Scott out for a meal tonight.

As a good wingman in the Interstellar Federation, Rocard certainly wouldn’t call Scott over to discuss any matter when Scott and Wu Zimo were together. He wouldn’t dare do such a disappointing thing.

So, he was waiting on the path, but then quickly caught sight of Scott’s appearance. Rocard looked at Scott with an expression of hating iron for not becoming steel.

Since he had escorted Wu Xiao Mo back to his room, why didn’t he go in and sit down or something to talk a little more? This way, wouldn’t their relationship grow even closer?

However, Rocard understood that with Scott’s taciturn disposition, it was better to soliloquize than to chat with him, and it would at least add to the mood.

Scott looked at Rocard’s rapidly changing expressions, shot him another glance, then disregarded whatever the other was thinking. He directly passed Rocard and headed for his own room.  HPdeiq

“Tsk, you’re still so cold. You can’t be like this if you want to get along with Wu Xiao Mo.” As he spoke, Rocard followed Scott back to his room.

Rocard was as casual in Scott’s room as he was in his own. He ran to the tea room and made himself a cup of coffee milk tea. As for the Marshal sitting outside, Deputy Rocard expressed, since the Marshal had the ability to do it himself, he didn’t need to entertain him.  Y4yUM7

There was no choice but to say that as the Marshal’s deputy, Deputy Rocard was very independent.

Scott ignored Rocard, who was walking around in his room. He sat in a chair and opened his light brain to check tomorrow’s schedule.

After Rocard finished, he took the cup of swirled coffee milk tea and sat down across Scott. He didn’t speak as he watched Scott busy himself.

However, after Rocard sat down, Scott put away his light brain and looked at the grinning Rocard with an inexplicable gaze.  8nSoHW

“Why?” It was Scott who broke the atmosphere in the room created by the two people staring at each other.

“Why what?” The questioned Rocard put down the coffee cup in his hands and looked at Scott with a confused expression.

However, the Marshal wouldn’t be so easily muddled by Rocard. The pair of silver eyes remained calmly on Rocard, who was pretending to be clueless.

Truthfully speaking, it seemed like there hadn’t been a single person since the development of the Interstellar who could look at the Marshal face-to-face and not suffer a defeat. So, Rocard was doomed to be defeated by the Marshal’s gaze.  P1nTI8

Though Scott shifted his gaze, he was still waiting for Rocard’s answer.

“……” Knowing he couldn’t wrangle his way out of it, Rocard could only pull back his casual expression, becoming serious.

“Scott, have you noticed that the way you treat Wu Zimo is very peculiar?” mIGsPF

Rocard wasn’t the only one who noticed this problem, even Scott himself had long since realized that he treated Wu Zimo in a special manner. It wasn’t only him, but even his quantum beast Caesar held a very intimate attitude towards Wu Zimo from the first time it had seen him.

Caesar was a quantum beast, a higher-dimensional creature produced by the materialization of his spiritual power.

Although it was an independent being, he was still a large part of it. So, from another perspective, Caesar’s displays were his own instinctive reactions. sIWS c

That’s right, it was him, not Caesar.

Rocard saw Scott thinking over his words and no longer brought it up. They could refrain from speaking about situations pertaining to Wu Zimo, but Rocard, either as Scott’s deputy or a friend, needed Scott to clearly explain why he had been so odd last night.

“Just what happened to you last night?”

If he hadn’t known from Wu Zimo that Scott didn’t suffer through spiritual mania, Rocard would have never been able to sit down so leisurely to chat with him. Sihm e

Scott had his own considerations for the matter regarding Wu Zimo, and this was a private matter. Scott didn’t like outsiders poking.

However, he knew that Rocard was correct. His attitude towards Wu Zimo was too peculiar. He still hadn’t cleared up the matter of Wu Zimo with himself, but from the looks of it now, he couldn’t evade it.

As for Rocard’s worried enquiry, Scott thought, and then replied, “I felt a strange fluctuation of spiritual energy from Wu Zimo’s room last night.”

For some reason, Scott had this instinctual feeling that he had been lured by that guide’s pheromones. He truly did not want anyone to know about it.

“Strange spiritual energy? Are you sure?”

Rocard didn’t know Scott was hiding something more, but when he heard there had been a strange fluctuation of spiritual energy in Wu Zimo’s room, he immediately sat up straight and looked cautiously at Scott.

Scott nodded, “There really was a strange spiritual strength. But, when Ceasar and I arrived, the spiritual energy had disappeared.” hAtXPv

Wu Zimo was an ordinary person; regardless of whether he was up against a sentinel or a guide, he had no ability to fight against them.

Now that Scott thought back on it, his heart squeezed. If that strange spiritual energy had been hostile towards Wu Zimo, an ordinary person, he would have been completely unable to fend it off! xuV2Si

Rocard breathed out a sigh of relief when he heard that Wu Zimo was okay. At the same time, he also remembered, early this morning, he had already seen Wu Zimo alive and kicking. He really hadn’t been affected by that strange spiritual energy.

“Scott, do you know what happened?” A strange spiritual energy suddenly appearing in the general headquarters of the Heaven’s Wrath Corps wasn’t a small matter.

“The master control system didn’t detect any sign of a stranger entering the general headquarters.”

“Could it be there’s another quantum beast with a special ability?”

The master control system of the Heaven’s Wrath Corps’s general headquarters could monitor people, but not higher-dimensional beings like quantum beasts. Never mind Rocard, even Scott could believe this.

It must be said, in this respect, the two most powerful leaders of the Heaven’s Wrath Corps were correct.  otV7Iv 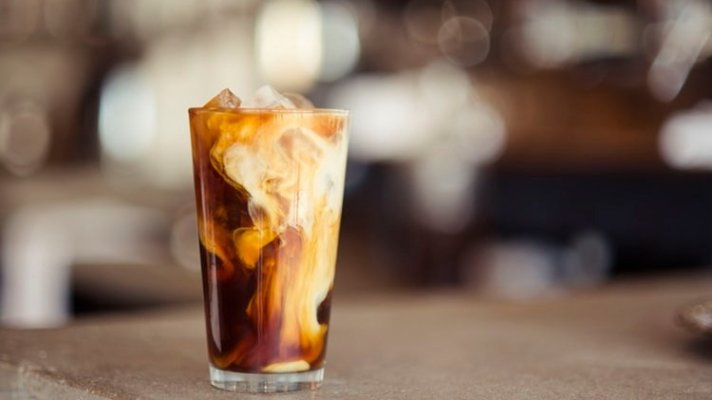