Chu Sicheng never imagined that he would be reborn! 3Uh8j6

Since childhood, Chu Sicheng had been teased many times by his female friends who loved to read novels. His name was deeply rooted in culture and literature, but he, who always boasted to be “□□thread”, never thought he would be reborn like some storyline of a novel.

Looking at the familiar yet unfamiliar surroundings, Chu Sicheng couldn’t help but raise his middle finger.

“Fuck, God, you’re messing with me!! It hasn’t even been a few months since Laozi started living in the apartment that I earned through so much hard work and now, it’ll return to the proletariat!!! I was single for 29 years, and then finally met a woman who had a house and promised to live with me. So close to breaking away from the ranks of bachelorhood….. You must see this as such an eyesore, ah, fuck!”

After complaining for a long time and relieving some of his depression, he finally accepted his fate and started to clean up the mess in the room. The room was littered with beer cans, and messy takeout boxes covered the table. wOotdT

As a matter of fact, aside from having a very literary name, Chu Shicheng had another strong point — his memory.

From childhood to adulthood, Chu Sicheng relied on his superior memory and used rote memorization to cruise through the first few years of school and receive annual scholarships. Finally, Chu Sicheng, who used his memory to make up for his IQ, got into a well-known university. Although it wasn’t the best university, he was offered a scholarship. So, Chu Sicheng accepted it happily, hoping to pay his tuition through this way.

He drifted through university with the scholarship, and after graduation, used that as a valuable stepping stone to work in a listed company. Due to Chu Sicheng’s lazy manner, he usually did nothing and didn’t achieve any merit. Five or six years passed but he was still at the entry level. Only his salary had fluctuated according to the standards of experience level.

Not long ago, he was pulled by his enthusiastic neighbor’s aunt who set him up with her niece. Looking at the disappointed look in the other’s face, which was no less distinctive than his own, he listened to her parents whisper to her, telling her to not be picky about his conditions. B5ncrz

As the saying goes, at 31, men become flowers, and at 30, women become dog’s tail grass. The girl also understood her circumstances. She interrupted her parents’ discussion and sat upright as if they were discussing official business, and said, ”To be honest, the only thing I’m satisfied with is your educational background and the fact that I don’t have to serve any in-laws after I get married. You just said that you pay half of your monthly salary to the orphanage, so you don’t have any savings. I have no objections to that. However, you can’t be dragged down by an orphanage forever. If you think about halving it after you get married, then you can have the house. In that case, let’s get married right away, ba.”

After that, the neighbor’s aunt kept inquiring about Chu Sicheng’s thoughts and kept saying that her niece still liked him and that she was merely putting it off in consideration of her parents. She was always saying that the third year college girl held a gold brick and what not. sTW4FG

Nod. Like me? Like that I have no father or mother and that you don’t have to serve your mother-in-law and father-in-law?

He looked towards the sky. In consideration of your parents? When you spoke one word that day, your parents automatically shut their mouths.

He smiled. Gold brick or whatever, Xiaosheng has a feeble physique, and I am afraid of falling on that brick….. aRZbCu

Ridicule led to more ridicule. In the end, Chu Sicheng still agreed to the marriage.

As for the reason, it was because he didn’t feel like dating to find a girl willing to marry him again. Besides, the girl’s requirements weren’t problematic.

First of all, the money being sent back to the orphanage needed to be halved. Chu Sicheng touched his chin. He seemed to have forgotten to tell her that he was also publishing novels on the Internet. Sending over the earnings of the manuscript should be good. He wanted to have a house. He was planning to buy a house anyway. After all, he couldn’t rent a house for his entire life. Moreover, the mother dean was also starting to push him to marry. In order to not let her worry, it was time for him to get married.

If the mother dean knew of his consideration, she would only give one comment: Lazy! Afterwards, she would sigh once again that she really gave him a name that he deserved, ah. His thoughts were clear, he was clear about everything, and he had no bad intentions. It was just that he was too lazy. Otherwise, with his intelligence, the present situation wouldn’t be like this. The mother dean had advised him several times, but he would always subtly change the subject. So, she didn’t say it anymore. After all, everyone had their own aspirations. jQwH T

When Chu Sicheng completed the down payment for the apartment that the girl had decreed, the two began to date regularly. This was because of what the girl said: Now, they should start cultivating feelings, and when the house really belonged to him, they could get married. Although, in Chu Sicheng’s mind, dating was more like an after-work business. Fortunately, if there wasn’t a holiday, the dates were just once a month, otherwise he would have to consider not getting married, dreading the inconvenience.

Of course, in accordance with his habit of ridiculing, he naturally spat out ridicules in his head again.

Fortunately I’ve previously set the mortgage for two years, otherwise you might say that you won’t get married until the mortgage is paid off. Moreover, what cultivation of feelings? What dating? Girl, you just want to experience the feeling of being pursued, don’t you? I understand, really.

The house had just been furnished and Chu Sicheng had only moved in for a few months when he was reborn. qWCAjy

At this moment, although Chu Sicheng didn’t know what had happened to him in that point of time and space, he was glad that his mother dean knew the password for his bank card and such. So, even if he died, his inheritance would still be given to the orphanage. He was glad he hadn’t gotten married yet, but he hoped that the girl didn’t feel heart-broken and grieve that she couldn’t get married. XDDDDDD

“Rest assured, la~ \\\\(≧▽≦)/ ~ You are not dead in particular point of time and space~” Chu Shicheng suddenly heard a voice.

“Please call me Cute and Charming, the most adorable system in the whole universe \\\\(^o^)/~.” The voice continued to sell meng. Lvmoxd

“How could you be so calm?!!!” The system was stimulated by Chu Sicheng’s calm response and went crazy.

Seeing that the system was stimulated into a state of speechlessness by his own words, Chu Sicheng showed a rare act of mercy and thought of a question, asking, “What kind of system are you?” kTOWVs

“This one is loved by all. This gong-shou cultivation system makes flower blossom upon its encounter ohh~~~” The system continued to ripple.

“Yes, yes, this system can identify the gong and shou’s most compatible attributes and then cultivate them onto a spicy path. Come on, you can’t deny the very imposing, high-end quality!!!” Background music accompanied the system’s commentary.

“You allowed me to reborn?” The question still sounded as calm it was before before. qgeFx4

“No, it’s a parallel space, you understand 습니다~”

“But you’ve got the wrong person.” The previous phrase was still said in a calm tone, but with the latter, Chu Sicheng expressed his irritability. “Laozi is very straight!”

Fuck, he survived the financial crisis, SARS, and H7N9. It wasn’t easy to have a house (still on mortgage), a car (don’t substitute your bike for a car), a wife (although her brain doesn’t function well), and maybe in a few years he would have a baby that would call him Dad. This stupid system actually took him into a parallel space without consulting him! Parallel, your mother, space, your sister! Your whole family needs the gong-shou system!!! Laozi’s going to have to struggle again!!!!

Hello I’ve fell into another pit again. I’d like to give a shout out to all those in CG who have been giving me so much help and support. XyYdBL

Thank you readers for being interested in this novel and trying it out. I hope I can give it justice.

Releases will be once a week for now so I have some time to create a stockpile, so please be patient~ just like what it says on the author’s PS notes in the synopsis, the novel switches between the main world and QT worlds so don’t expect the MC to jump into the first world (or other worlds) right away.

See you next week~! 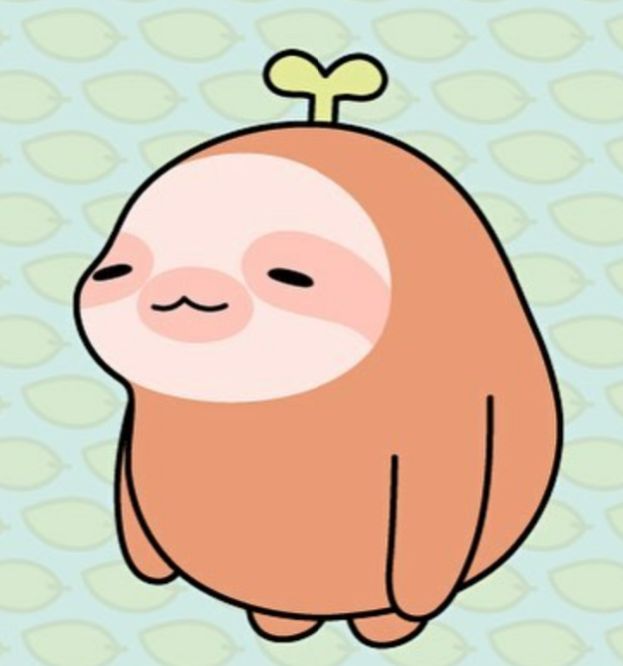 🌺 Shirubame
An editor that got pulled into a pit. The amount of motivation I have is directly related to the amount of coffee I drink.

Courtesy of Evan:
“Google gave me this:
屌絲=吊絲 [diǎo sī]: Penis+thread. Threadlike penis. Weenies, bimbos, pricks. This Internet slang term is a derogatory term that describes the working-class young people who live in the shadow of the ideal men (tall, handsome and rich) or women (light-skinned, rich, and beautiful). This term is often used to refer to oneself as a form of self-mockery.
I guess MC is basically “bragging” that he’s not novel protagonist material… but ends up transmigrating anyway LMAO”

“Proletariat means the working class/ wage earner class who own little to no property. So, this means (1) Be taken over by the government since he has no relatives or (2) He has become a proletariat with no property in his name” – Courtesy of Dragon

System here is referring to itself as 伦家. Girls usually use this word online when they are trying to act cute.

this might relate to the idiom 花見花開 that which makes flowers blossom upon its encounter with flowers; that which is loved by all

Did the Korean surprise you?
original text: 思密达 = Chinese pronunciation of 습니다
There’s no literal translation for it. It’s a honorific ending. In other words, it’s used at the end of sentences when someone is talking formally (toward someone of respect)
Basically, the system here is again trying to act cute