“What do you want? I haven’t washed out the shampoo yet! Wait for me for a bit!”

Xiao Tangqiu was a little annoyed, but just as he finished talking, and a big hole was smashed open on the bathroom door! 3WVHde

He was dumbstruck and the showerhead in his hand fell to the ground.

Duan Hongzhen stood at the door of the bathroom and said impatiently, “Come with me.”

Xiao Tangqiu fell into silence. He looked at the broken bathroom door and looked down at the bubbles on his own body. “I haven’t finished my bath…”

Looking at the dagger he was playing with, Xiao Tangqiu asked weakly, “At least… at least let me put on my clothes?”

Duan Hongzhen snorted and looked Xiao Tangqiu over with disdain, “There’s nothing to look at. I’m giving you three seconds, get dressed in three seconds.”

What’s with that snubbing look?

However, looking at the knife in Duan Hongzhen’s hand, he could only endure the humiliation and got dressed quickly. Then, he was grabbed by Duan Hongzhen and pulled out of the bathroom.

Xiao Tangqiu frowned, “Wait, where are we going?”

When he got to the living room, Xiao Tangqiu found out that the door of the living room was also smashed opened by Duan Hongzhen, yet Tang Mianmian was still sleeping soundly on the sofa!

Duan Hongzhen ignored Xiao Tangqiu’s weak protests and struggles and took him all the way to the transmission zone in District D.

Xiao Tangqiu still hadn’t figured out what’s going on and was taken to the District S by Duan Hongzhen to the Reincarnation Team’s headquarters. yEO3cJ

What’s going on? Did something happen?

But even though the amnesia was an issue, as long as Shen Yuan’s combat power and instincts were still there, it shouldn’t be too much trouble. Just let him remember things slowly… 3YcDTU

Xiao Tangqiu had all sorts of thoughts on the way. After a while, Duan Hongzhen stopped.

Xiao Tangqiu looked up and it was indeed Shen Yuan’s room. Duan Hongzhen paused before pushing open the door.

Inside, everyone in the Reincarnation Team were gathered at Shen Yuan’s bedside, blocking Xiao Tangqiu’s view. j5KrwF

Xiao Tangqiu was stunned. What happened? Was Shen Yuan unable to get out of bed?

Duan Hongzhen humphed, “Xue Junli, I brought him back!”

The people around the bed moved apart and Xue Junli came out. He gave Xiao Tangqiu a cold look, “What’s with your hair?”

Xiao Tangqiu, whose head was full of foam, laughed, “I was in the middle of a bath and Mr. Duan Hongzhen rushed into the bathroom and forced me here.” Y8a 0m

Xue Junli spoke mildly, “I’ve been looking for you since yesterday, but because you were on a mission, I had to let Duan Hongzhen watch for you and bring you when you come back.”

Xiao Tangqiu gave a forced laugh, “So why were you looking for me?”

Xue Junli glanced at Xiao Tangqiu coldly, “After you left that day, Shen Yuan fell into a coma again.”

Xiao Tangqiu subconsciously looked towards Shen Yuan’s bed. Sure enough, he saw that Shen Yuan was still lying on the bed. But his face wasn’t as pale as it was last time, looking a lot healthier. It was more like normal sleep than a coma. OFYSd

However, he seemed to be having a nightmare. His long eyelashes trembled fiercely and his lips were pressed together, apparently not sleeping very well.

“But yesterday, Shen Yuan suddenly woke up and we were happy and surprised. He still remembered nothing, so we tried to get him to remember some things…” Xue Junli’s tone got colder and colder as he continued to speak.

“But he was very resistant, not only rejecting all proximity to us, but also showing rash and violent tendencies. As long as we try to approach him, he would attack us… Fortunately, he’s weak because of the long period of coma and lack of food. Otherwise, all of us put together wouldn’t be able beat him.”

“We had to join hands to knock him out and tie him to the bed.” cGeBOF

It was only then that Xiao Tangqiu noticed that Shen Yuan’s hands were tied to the bed by a silver chain. The chain had the thickness of an adult man’s thumb and was probably tied after Shen Yuan was knocked out so he didn’t have any wounds from struggling.

After a few seconds of silence, Xue Junli unexpectedly said, “But this kind of situation, it’s not the first time that it happened.” 6yN9h3

Xiao Tangqiu was stunned. What do you mean? Did Shen Yuan have this problem before?

Before Xue Junli could elaborate, Yu Fuling and Sai Lulu, who were silent before, cut him off, “Xue Junli! Don’t talk about it!”

Xue Junli’s face was as white as paper and he closed his eyes. After a few seconds, he opened his eyes again, “It’s already like this… Is there any need to continue to hide it?”

Xue Junli gave her a cold look, “He really is just an outsider to us, but when Shen Yuan was awake yesterday, he only remembered his name.”

Xiao Tangqiu blanked. When Shen Yuan was awake… he only remember his name?

“And Shen Yuan only called his name when he was passed out,” Xue Junli coldly spoke.

“Even so! We can’t tell such a big thing to someone that we don’t even know if we can rely on! What’s more, this guy is still a newcomer who has only experienced a few instances!” Yu Fuling was unconvinced. 7d9YeI

Seeing that Yu Fuling and Sai Lulu still wanted to argue more, Xue Junli interrupted them, “Enough! If we continue to debate this problem, Shen Yuan will wake up. Once he wakes up, even this demon binding chain might not hold him!”

Yu Fuling and Sai Lulu are obviously unwilling, but when they thought about the destructive power of Shen Yuan, they could only swallow their dissatisfaction.

Xiao Tangqiu was confused but he still tried to force himself to calm down. E8P901

Xue Junli turned around and glared at Xiao Tangqiu, “Since this is an emergency, I will tell you about it. But if you dare to leak it, I think you know the consequences.”

Xiao Tangqiu pursed his lips and nodded, “I won’t spread it.”

“I hope you keep your promise,” Xue Junli’s tone was icy, but he still continued to speak, “Maybe you already know this, Shen Yuan was the first player to come to the City of the Abyss. A first generation player, that is. I am also an early player… When I first saw Shen Yuan, he just came out of a super S-level instance and was covered in wounds. He was practically half dead.”

Xiao Tangqiu was shocked, Shen Yuan in a half-dead state? He couldn’t imagine that kind of Shen Yuan at all. He asked, “Doesn’t the transfer module automatically repair any injuries we get from the instance?” kd8K2C

Xiao Tangqiu’s heart jumped and he felt a hunch.

“…And that is the attack of the abyss demon.”

Xue Junli spoke softly, “The transfer module can repair all injuries, even those caused by the higher demons in the S-level instances, but it can’t repair the damage from the abyss demon.” DQdBXv

Xiao Tangqiu’s eyes widened. It turned out that the post he had seen on the Abyss Forum was true!

He couldn’t help but blurt out, “Shen Yuan encountered the abyss demon in that super S-level instance?”

Xiao Tangqiu instantly felt that the temperature in the room dropped a few degrees. Everyone’s expression changed after hearing the words “the abyss demon”. After a long while, Xue Junli spoke with a pale face, “No one knows the truth, because Shen Yuan is the only one left out of the first generation players. All of the companions who entered the instance with Shen Yuan died in the super S-level instance.”

“When I met Shen Yuan, he lost his memories just like this and he was very aggressive. He almost killed me, but because he was too hurt, he quickly passed out.” k6D7uZ

Xiao Tangqiu’s heart began to pound and he couldn’t help but ask Xue Junli, “Wait… when you first met Shen Yuan… When was it? Was it seven years ago?”

That’s right, even until now, Xiao Tangqiu still hadn’t given up the idea that Shen Yuan was Meng Xinghe. He had only been trying to suppress this idea and kept it deep inside. 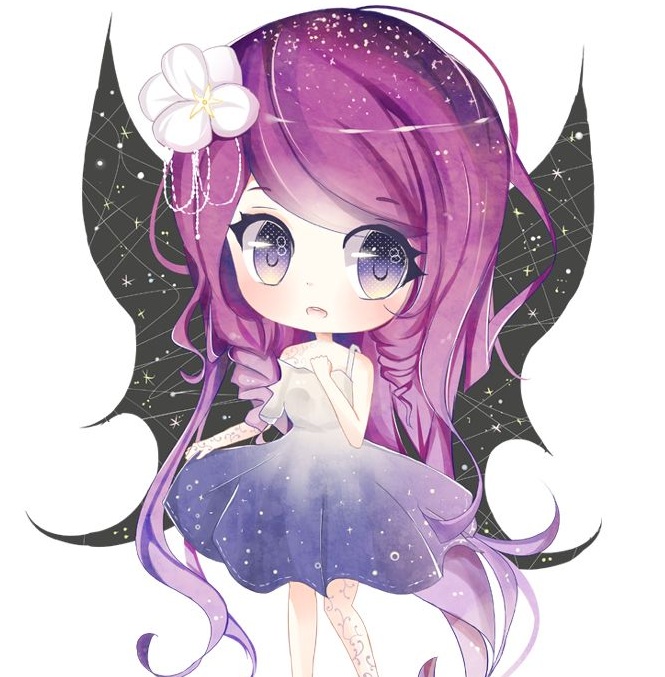 🌺 EllaBells
Hello~ I do things and even have results to show for them sometimes! If you like my results, please consider tipping me a ko-fi or supporting me on Patreon <3