Wang Zhuo touched his lips which had been kissed red, then thought about something strange. “That day, when we summoned the pen spirit, it wasn’t the little brat picking the letters, but you, right?” RgatWT

He had not thought about this before, but today he suddenly remembered it.

How could the infant’s spirit have spelled ‘Wang’?

Aggrieved, Wang Zhuo criticized He Hao, “Oh, you. You look so proper but you have so many tricks up your sleeve.” 6ja4H5

He Hao: “Aren’t you the same? You even asked the pen spirit who I like.”

“I’m not the same.” Wang Zhuo lifted his chin and pointed his thumb at himself, saying proudly, “I’m not proper on the outside, either. The outside matches the inside.”

He Hao could not help pushing him against the wall and kissing him thoroughly again. Wang Zhuo generously let him do it, and even reached out to hook an arm around He Hao’s neck. Very enthusiastic!

The class dismissal bell rang, and the long break before evening self-study began.

He Hao was panting slightly, and they had only parted for a little while before Wang Zhuo pushed him back against the wall again.

He Hao lifted a hand to caress Wang Zhuo’s face. “Do you like this?”

Wang Zhuo was forthright. “Rubbish. Who wouldn’t like it? Kiss me for another five minutes.”

The two made out for a while longer, during which He Hao kept glancing around at their surroundings from the corner of his eyes, worried that students would pass by or the discipline master would come around to check on them. But although he was worried, he could not stop. This feeling was too wonderful, so sweet his heart felt like it might explode. QSIWK6

Wang Zhuo had finally had enough of kissing, and mercifully let go. Only now did the two part. Against the white color of their summer uniforms, their blushes stood out even more.

“Wait a moment before going out.” He Hao pulled Wang Zhuo, who had just thought about going to the cafeteria to get food, back into his arms, and straightened his tie. He said quietly, “Your face is so red, anyone can tell that you must be up to no good.”

“Not at all. I could have just done vigorous exercise, okay?” Wang Zhuo’s mouth quirked roguishly as he teased suggestively.

“Ah heh heh heh.” Wang Zhuo rubbed his hands together, smacking his lips as he eyed He Hao’s collarbones. “Just wait. See how I take care of you when the time comes.”

He Hao made a gentle noise of assent and lifted his face to pinch Wang Zhuo’s cheeks. LCU9M8

Wang Zhuo was not sure how he made it through evening self-study. Once in a while, he would not be able to resist looking back and glancing at He Hao.

No wonder they say that being in a relationship would affect one’s studies.

He Hao also looked up once in a while to glance at Wang Zhuo. But looking from behind to the front was more natural, and when Wang Zhuo turned around he attracted the teacher’s attention. gPbTyR

Wang Zhuo, who was currently very happily looking at He Hao, jumped in shock and hurriedly stood up.

The teacher pointed to the doorway. “Take your books and go to the door and read.”

Wang Zhuo picked up a reference book and asked, “Teacher, can I go to the back of the classroom and read it?” 2ud19L

The teacher said angrily, “After looking back all evening you’re still not done, and still want to stand at the back of the classroom and read. Is there a treasure at the back?”

Wang Zhuo grinned, like he was not afraid of death. “There is, teacher.”

There really was a big treasure at the back.

“You’re still talking back?” The teacher was angry, got up, and walked out of the classroom. “What treasure is it? Come out into the corridor and tell me about it.”

Wang Zhuo, who had the personality of a mischievous monkey and was difficult to discipline, was a frequent visitor to teachers’ offices. He was so big-hearted and thick-faced that he did not mind being scolded. Amidst his classmates’ furtive giggles he scratched his head, took his book, and walked out still grinning.

Two minutes later, the teacher came back, and Wang Zhuo stood in the corridor until class let out.

The moment the dismissal bell rang, He Hao ran out and asked Wang Zhuo, “What did the teacher say to you? Are you all right?” WDxNUn

Wang Zhuo rubbed his face, smiled, and said with indifference, “What would happen to me? In Old Zheng’s words, my face is so thick that if you cut it down and made it into a side dish, there would be enough to feed the country for a year.”

He Hao put his mouth next to Wang Zhuo’s ear and smiled. “Then why are you always blushing around me?”

Wang Zhuo, who had just bragged that his face was thick enough to feed the whole country, now turned red. He pushed He Hao away and made an excuse. “Watch what you’re saying. Classmates are watching.” IWFDEN

Their classmates, who were currently exiting the room with their schoolbags: “……”

“I’ve got to go back to the dorm room quick,” Wang Zhuo said as he walked to the classroom. “Shower first, then I have to write a reflection essay. 3000 words, and it has to be genuine feelings. Can’t copy off the internet. I have to turn it in at noon tomorrow.”

He Hao followed him, arms folded. He consoled, “Don’t worry. I’ll write a draft for you and you just have to copy it.”

“You have to help me.” Wang Zhuo picked up his bag and smiled wickedly. “It’s your fault. If not for you the teacher wouldn’t have made me write it.” rW4pad

He Hao was stunned. “How is it my fault?”

Wang Zhuo casually stuck his hands in his pockets and walked ahead. “Teacher asked me what treasure there was in the back, so I thought of you. When I thought of you I couldn’t help help smiling, so I smiled a lot, and the teacher said I wasn’t facing punishment with the right attitude…”

He Hao cut him off helplessly. “Why would you smile when you think of me? I look funny?”

“If you look funny would I have fallen for you?” Wang Zhuo said sincerely. He turned around and flicked He Hao’s forehead with a finger. “It’s a sweet smile, all right? I’m dating someone, so I’m happy! You idiot!” DO7IhQ

He Hao snatched the hand Wang Zhuo had used to flick his forehead, then while no one was around to see, kissed it hard.

They went to the dorm room to put down their bags and get their shower things.

While they were taking off their clothes, the atmosphere got quite suggestive…

This was one of the awkward encounters when two people of the same sex began to date. When changing clothes in the bathroom or the shower, it was all the same. j6tQo8

Both pretended not to care and stripped bare.

He Hao was one centimeter taller than Wang Zhuo, with a perfect body structure. He looked more sturdy than Wang Zhuo, who was slender. Wang Zhuo raised his eyebrows and touched He Hao’s chest, then teased, “Aiyoh, your figure is pretty good.”

He Hao found this funny. “You’ve seen me before.”

Wang Zhuo continued to be stubborn. “I always looked at you with pure friendship. Now I’m looking at you lecherously.” einbyE

He Hao almost laughed out loud. He steadied himself, then began to study Wang Zhuo. Wang Zhuo only said he was lecherous, but in practice he was quite all right. He Hao’s eyes were the ones who roved over someone so nakedly it seemed like they were licking them. Wherever he looked, Wang Zhuo felt himself grow warm.

He was the one who flirted first, but he was subdued by his target! How embarrassing!

“You’re embarrassed now?” He Hao’s eyes curved in a smile.

“Who’s embarrassed!” Wang Zhuo stiffened his neck and refused to admit it. He took his toiletries and ran to the bathroom. He picked a stall where both adjacent stalls were occupied, fearful that He Hao would be so shameless as to go into a stall next to his to peek…

Nevertheless, he could never have imagined that several seconds later, He Hao matter-of-factly squeezed into Wang Zhuo’s stall! aMFLjy

Wang Zhuo’s eyes almost fell out of his head. “The fuck?”

He Hao said completely seriously, “The ones on either side are taken.”

Wang Zhuo: “Then go find another one?”

“As if!” Wang Zhuo felt a rush of anger. “I saw many empty ones when I came in…”

He had not finished before He Hao pressed him against the wall and covered his mouth with his own.

Taking advantage of the fact that the people showering on either side were both short, and could not see them unless they stood on tiptoe and craned their necks, He Hao was very daring. He pressed the struggling Wang Zhuo to the wall with his own body, then turned on the showerhead. The warm water flowed over both of them, and He Hao ran his fingers through Wang Zhuo’s soaking wet hair, then deepened the kiss.

“… Are you mad?” After kissing for a while, Wang Zhuo got worried someone would see and pushed He Hao away. JPDYUW

He Hao’s blood rushed up and he said in a hoarse voice, “Who started the teasing first?” 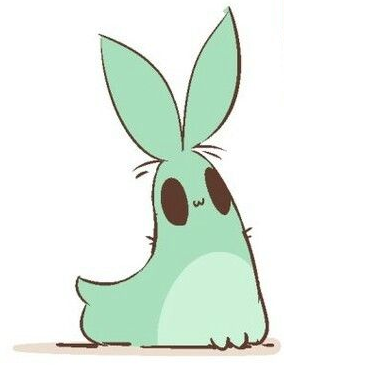