On a moonlit night, in the city of Kuaiji, the western wall collapsed with a loud rumble; the whole district went down and sank underground. An azure dragon rose from the ground and hovered in the sky! atVzWB

Xiang Shu carried Chen Xing in his arms as they rushed out to the surface. Xiao Shan immediately followed, leaping out like a shooting arrow towards the rooftop. Feng Qianjun made several jumps and landed on the main street.

Four people looked up. The azure dragon, circling in the sky under the bright moon, opened its mouth and spewed out a dense, poisonous mist.

“Can’t wait anymore,” Wen Zhe said in a cold manner. “No need for an auspicious date, today, I will avenge my Fujun!”

“Isn’t your Fujun that dragon you mount?” Feng Qianjun, holding Senluo Wanxiang in his hands, shouted. “It’s not dead ah! Revenge for what?” iLXPdU

“You’re okay?” Chen Xing said in disbelief. “But I… I haven’t even released the souls inside the Luohun Bell yet!”

Xiang Shu’s brows were furrowed; he had regained all of his strength. He gazed into the horizon, then looked at Chen Xing.

“Can you help me deal with that jiao?” Xiang Shu didn’t elaborate further and instead asked him.

Chen Xing nodded and said, “Give me some time. Protect me while I’m casting. If this guy goes on a rampage, we won’t know how many people will die.”

Feng Qianjun and Xiao Shan came down from the roof, abandoning the jiao dragon and stood by Chen Xing’s side, protecting him. Xiang Shu stood between Chen Xing and the jiao dragon, holding his broadsword with one hand pointed towards the night sky.

The next moment, with a ‘dong,’ the sound of Luohun Bell resonated throughout the horizon! Facing the sky, the bell released countless luminous butterflies in an instant; they burst out with a loud rumble and scattered to every part of the city, before flying towards Danyang, Wujun, Jiankang, and other places amidst the dark night, reminiscent of a sea of light that moved between heaven and earth. f2Catl

In the city of Kuaiji, many people woke up one after another. The butterflies rested on the foreheads of those affected by the plague and entered them. Each patient would wake up after that, and one after another, they walked out of their house.

“Exorcists who help the villains,” Wen Zhe, in the sky, said in a stern voice, “I’ll get rid of you all today!”

After activating the Luohun Bell, Chen Xing felt a sharp pain in his heart vein. He felt suffocated, just like that day when he purified the Zheng Drum. Expelling the resentment that had long stained the magical artifact by relying solely on the Heart Lamp in his yin and yang souls, as far as he was concerned, gravely injured his heart vein.

“I’m fine.” Chen Xing raised his head and met Xiang Shu’s gaze, forcibly swallowing a mouthful of blood. “We have to find a way to get rid of this jiao.”

Xiang Shu said, “Leave it to me. You two protect Chen Xing and find a safe place to stay.”

“What’s going on?!” Wu Qi woke up because of the noise and hurried over with his subordinates. “What kind of monster is that? Dragon?!”

The jiao dragon ran amok inside Kuaiji while spewing out poisonous mist. People along the road fled one after another. Those who were touched by the poisonous mist, even just a little, fell to the ground and died. Chen Xing roared, “Come to me! Wen Zhe!”

“My Fujun once protected countless people of the Divine Land,” Wen Zhe’s voice reverberated in the sky, full of resentment and hatred. “Yet, you all treated him as an evil monster. What’s the use of this kind of world?”

Xiang Shu moved to the roof in a swift motion. Feng Qianjun and Xiao Shan each looked for some higher ground and used it to climb over. The dragon had the advantage of flight, and its fear of Xiang Shu’s capability kept it from lowering in altitude. The exorcists couldn’t fly; there was no way around it, so they could only resort to shooting arrows into the sky.

Wu Qi sent people to evacuate the people first, then took Chen Xing to the platform in the official’s mansion. Chen Xing rushed to the railing only to see that Feng Qianjun and Xiao Shan were gone. There was only Xiang Shu on the roof, leaping vertically and chasing after that jiao dragon. gcYWDG

Chen Xing supported himself on the railing, gasping for breath. A scholar by Wu Qi’s side asked, “Are you all right?”

Chen Xing shook his head and said to Wu Qi, “To be honest, we’re exorcists, and the real reason we came to Kuaiji this time was to investigate the plague…”

“Exorcists?!” Everyone was dumbfounded.

Wu Qi, however, had heard about exorcists before. He said, “Nowadays there are still exorcists?” h19vyI

The Xiang family had been at its peak hundreds of years ago in Kuaiji, and their deeds had been spread for many years. The locals, unlike the people from the Central Plains whose historical records were tightly divided by historical periods, should’ve been less surprised when hearing about exorcists.

Chen Xing reluctantly nodded. A general of the Jin army then said, “I’ll lead the troops and help them. We’ll use grappling hooks to drag the monster down from the sky!”

The scholar said, “You need to be careful yourself.”

Chen Xing suddenly remembered that he had seen these two people in the official’s mansion before he had entered the well… After they had put on their clothes, I really didn’t recognize them until a moment ago. 0g2WT

“You, you both…” Chen Xing composed himself. He had wanted to ask “are you guys lovers?” but then thought that that was wrong. At this time, who would still care about such an unimportant matter?

Chen Xing immediately changed his words and said, “Do you have any records about jiao dragons or gigantic serpents rioting?”

The scholar said, “I’ll look for it.”

The scholar was called Zheng Lun, and the general was called Bi Hun. They were the right and left hands of the provincial official Wu Qi. Now, Wu Qi and Chen Xing stood on the platform on the mansion’s third floor, giving a clear view of the whole city. 8Lm1hT

“Official,” Chen Xing said, “you’d better get out of the city and hide too.”

Wu Qi said, “This old man is the parental official of Kuaiji. People haven’t left the city yet, and you’re still fighting in this place. How can I just escape alone?”

Chen Xing admired Wu Qi’s courage and wisdom. When the jiao had appeared all of the sudden, this local magistrate didn’t show the slightest fear of this monster, and instead, he commanded people in a calm manner, setting out an example, rather than just watching the jiao dragon wreaking havoc in the city. The general called Bi Hun gathered some soldiers then began to pursue the dragon, following Xiang Shu. q6TohE

“None in Kuaiji.” Zheng Lun returned in a hurry and spread out a document, saying, “But I suddenly remembered that several decades ago, during the time of the Disaster of Yongjia, many regional records of Ludi were brought to Jiangnan, and some ended up in Kuaiji. Chen-daren, would you like to see this? It’s said that there was jiao trouble in the Si River, and the exorcist, Xin Yuanping and his protector, Wen Che put an end to the dragon…”

Chen Xing remembered in an instant. He had read the memorial written by Wen Che for the exorcist, Xin Yuanping when he was still with his master! Wen Zhe… Wen Che, is a girl?! It’s this Lady Wen in front of me?! That azure dragon is Xin Yuanping? But Xin Yuanping had obviously died, sacrificing himself to kill the jiao, so why did he also turn into a jiao?

GUYS DINGHAI MANHUA IS COMING ON 25TH JULY ON BILIBILI HERE ALSO THE ARTIST IS QUITE FAMOUS IT’S QIANERBAI AAAAAAAAAAAAAAAAAAAAAAAAAA WE’RE VERY BLESSED THIS MONTH (btw, Heart Lamp Scans will pick it up when it comes out later!) 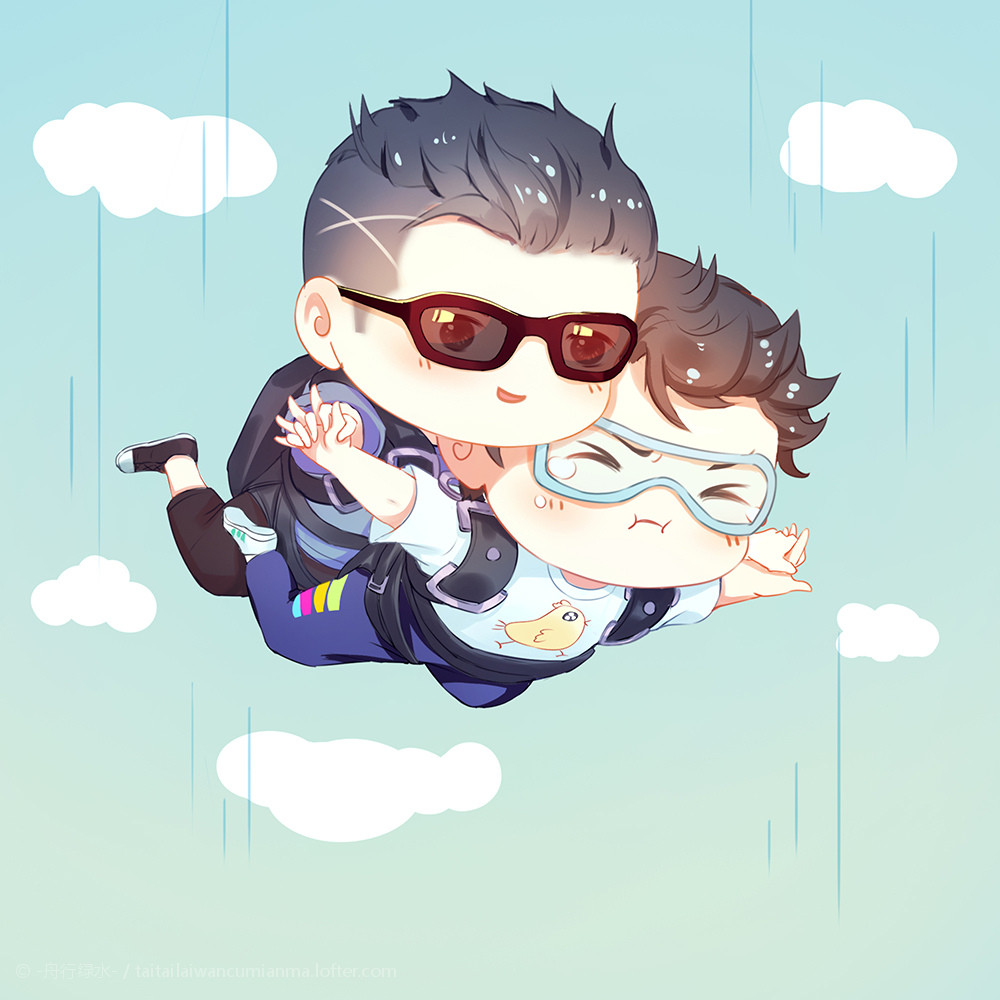 🌺 Elestrea [Translator]
I pledge my life to Feitian. All hail Feitian.