“You’re not a killer, Brother Feng, you lied to me.”

Feng Qianjun’s neck was being choked; he wanted to call out to Chen Xing to wake him up, but he couldn’t make a sound. He raised a foot to kick the living corpse in front of him. There was a muffled thud — the sound of broken bones could be heard from the chest of his opponent as it was sent flying and fell down the mountainside.

He had dealt with the one in front, but the grip of the one behind him became increasingly tighter. A huge mouth dripping with rotten blood was less than three inches from his cheek, and its open mouth was about to bite down on his neck! 0x85rD

Chen Xing’s dog woke up. It ran over to bare its teeth and bark at the living corpse.

Feng Qianjun turned around and lifted the corpse up, but its hands didn’t loosen its grip on his neck at all. He flipped the dead corpse monster onto the ground and fractured the dead man’s arm, yet the dead man still wouldn’t let go no matter what. Moves used to deal with living people were completely useless against this kind of monster that did not fear pain!

“Chen……” Feng Qianjun struggled to call out and signalled the dog to hurry and wake his master up.

The two horses were startled and broke free of their reins, then ran away and disappeared without a trace. Chen Xing was sleeping very soundly and usually would not even be roused by thunderous claps. Feng Qianjun and the living corpse were constantly rolling about and wrestling with each other just three steps away from him, yet all Chen Xing did was turn over with his back towards Feng Qianjun. The living corpse firmly gripped Feng Qianjun’s neck with both hands, while both its legs were wrapped around his waist. It looked just like a monster that was possessing his body. It opened its mouth several times with the intent to bite him, but its attempts were always dodged by Feng Qianjun.

Feng Qianjun dragged the living corpse that was like a maggot in one’s tarsals and he was about to suffocate from being strangled. He struggled to climb towards Chen Xing and finally managed to grab the blanket under Chen Xing’s body, then yanked it away violently.

Chen Xing rolled over and hit his head against a stone on the ground. He instantly woke up with a loud exclamation.

Chen Xing picked up a stone and forcefully smashed it onto the living corpse’s fingers. Feng Qianjun had already run out of breath and made a gesture to convey ‘hurry and run ba, don’t worry about me anymore.’ He stumbled with the living corpse and exhausted all the strength he had left to harshly slam it into the mountain wall.

“Wait ah!” Chen Xing looked back, and noticed a dagger lodged in the neck of the living corpse. He went forward to pull it out and exerted a lot of strength to try and cut the corpse’s arm off with it. However, the bonfire was already extinguished, so it was pitch dark, and nothing could be seen. Chen Xing took a deep breath, lit up his Heart Lamp, and a resplendent, white light shot out from his hand that illuminated the face of the living corpse—— 5yH0Fd

—— within an instant, the living corpse roared — it was actually afraid of the light of the Heart Lamp that Chen Xing had released. It raised its arms to shield itself from the light. Once its arms loosened its grip, Feng Qianjun broke free and let out a thunderous roar, then threw the living corpse over his shoulder and brutally hurled it onto the mountain rocks!

Before Chen Xing could process what had happened, Feng Qianjun shouted, “Get back!”

Feng Qianjun had exerted a hundred percent of his strength to fling the living corpse away, and it hit the precipice. Its brain spurt out from the impact and emitted a foul stench, then its body slowly fell down and went limp — it had died a second time.

Chen Xing was gasping for breath, “Where did the monster come from?” UB5sSK

Chen Xing was about to go closer when Feng Qianjun, who couldn’t stop coughing, grabbed him. He said, “We can’t stay here for long, let’s go!”

“Wait!” Chen Xing said, “I have to take a closer look. It’s my first time seeing a drought fiend, where on earth did it come from?”

This wasn’t the first time Chen Xing had encountered a yao. The existence of drought fiends had long been recorded in ancient texts; legend has it that these ancient corpses would not rot for years after they died and would instead turn into walking corpses — they are called drought fiends. It’s just that after seeing one in the flesh, he couldn’t help but feel curious. Feng Qianjun just felt that everything that had happened right in front of him had far surpassed his scope of acceptance. His eyes were brimming with shock, and he kept gasping for breath.

Suddenly, the dog started barking in the direction of the woods again. aQ5J9b

“There’s a lot more over there……little brother, are you sure you want to study it right now?” Feng Qianjun said.

Chen Xing turned around, and emerging from all directions, he saw over thirty or forty living corpses on the mountain slope and below it; some of them had intact bodies, while others wore tattered clothes. He couldn’t tell how long they had been dead, and they were swaying unsteadily from side to side as they stumbled toward them.

“No, no, there’s too many, I’ll see again next time ba.” Chen Xing quickly changed his tune.

“Then why aren’t you running yet?!” Feng Qianjun decisively made up his mind and took Chen Xing along as they ran in the opposite direction. zaK2vI

Feng Qianjun was so fast that within an instant, he was about ten feet away from Chen Xing. Chen Xing kept looking back as he ran, and only then did Feng Qianjun realise that this kid didn’t practice martial arts and couldn’t run, so he immediately turned back to rescue him. Yet on the way back, several living corpses appeared unexpectedly. They blocked Chen Xing’s path and pounced toward him.

Chen Xing didn’t bother shouting again. He came to a sudden halt, then turned around to run to the edge of the cliff. Feng Qianjun ran all the way back again. Chen Xing ran to the front of the cliff, grabbed a withered vine on the mountain, and started climbing up. A living corpse had already caught up to him, so Feng Qianjun had to rush over to save him. Chen Xing was halfway up when he forcefully tugged on it, and the massive stone that was on the top of the withered vine immediately caused the world to tremble as it rolled down!

Chen Xing heard the warning, turned sideways to dodge, and spun one circle in mid-air. apIMtV

The massive rock from the top of the mountains fell down and crushed the three living corpses below Chen Xing first, then continued rolling down the slope with a loud rumble and knocked down a whole row of living corpses in an instant. The rock crushed all of them, fell onto the second slope, and vanished without a trace.

On the mountainside road, Feng Qianjun was surrounded by a circle of living corpses with only a dagger in his hand. He surveyed his surroundings; Chen Xing had to escape his predicament, so he quickly laid down face flat. Feng Qianjun shouted, “Emit light! They’re afraid of light!”

Chen Xing immediately placed his right hand on the left side of his chest, but just before the Heart Lamp was released, another figure appeared that swept past the encirclement like a swift gust of wind. Several whooshes could be heard, and light reflected off the edge of a huanshou sabre; the sabre was swung around and it cut the surrounding living corpses into two, then got thrown to Feng Qianjun — it was the weapon that Feng Qianjun had dropped below the mountain slope.

When the man’s face came into view, Chen Xing’s heart jolted, and he suddenly exclaimed, “Xiang Shu?! It’s you?”

The one who came was Xiang Shu. He was empty handed as he leapt over the shrubs and led the other two along to dash toward the front of the cliff.

Chen Xing suddenly remembered the corpses that had been thrown down a few days ago. He asked, “You’re the one who wanted us to make a detour?”

Xiang Shu stopped at the foot of the cliff and glanced at Chen Xing. “Wait here, don’t leave. Leave the mountain at dawn.” dnJR4Q

Then he turned around and actually went back along the way he came from.

“Where are you going?” Chen Xing shouted. Just as he was about to give chase, Feng Qianjun grabbed him.

Chen Xing said, “It’s too complicated to explain……there must be something fishy about this!”

He explained to Feng Qianjun about the legend where “corpses that don’t rot for a long time turn into drought fiends.” However, the ancient texts did not record the reasons for their transformation into drought fiends. All he knew was that when drought fiends appear in this world, severe droughts would occur all over the world. Droughts in the Divine Land, both minor and major ones, had already lasted for more than 160 years. Mt. Longzhong is a precious fengshui land in the human world, but drought fiends had actually appeared here — what did it mean?

And why did Xiang Shu reappear here?

Chen Xing had to follow along to investigate no matter what. With the protection of Iuppiter, as long as he was careful, nothing should happen to him. But if he didn’t follow him, it may be even more likely for Xiang Shu to encounter danger than him. a7hCr1

🌺 dmlations [Translator]
Hello! I translate Chinese Danmei novels :) thx for all the support, I really appreciate every single one of my readers hehe 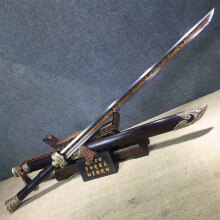