The messenger was trembling all over with cold, and once he entered the golden tent, he knelt down on one knee, speaking in a clear Xiongnu language: k9WbGd

As he spoke, the messenger respectfully presented a black wooden box. Four gemstone rings were neatly placed inside it: blue-green, red, yellow-ocher, and jade-green, all glittered in brilliance.

As soon as Xiang Shu saw this, he knew the other had an urgent request. He was only wearing a fur robe, yet it didn’t decrease his king’s demeanor. He said in a deep voice: “Take it back. As long as it’s within my power, I will help you.”

The messenger took a deep breath, saying: “It’s the medical supply. Something happened all of a sudden…” gqkpmY

Chen Xing first noticed the four rings, then he recalled the scrolls he had read in his master’s place. He suddenly remembered a magical artifact —— a set of imperial seal rings in four colors; the description of those four rings seemed to match with these. It was rumored that the rings were sealed by the four powers of earth, fire, ice, and wind. It was made by a Sogdian named Sassan. In the Silk Road, during the Han Dynasty, it was brought back by Zhang Qian. Afterward, it went back and forth among people and eventually disappeared. Nowadays, the spiritual qi in heaven and earth was gone, and there was no way to inspect it.

“Did you hear him?” Xiang Shu said.

Chen Xing came back to his senses, saying: “What?”

Xiang Shu translated the words, saying that the wife of the Akele tribe’s chief was having a difficult birth, just at the time they were on their way south to Chi Le Chuan. Although Xarusgol River was already frozen, it still had a thin layer of ice, which made it hard to cross the river. The snowstorm hindered them further, trapping the tribe inside a world of ice and snow.

Because the consort was pregnant, it slowed down the speed of the whole tribe going south to get through the winter, delaying their arrival to Chi Le Chuan.

The Akeles were arrogant and fierce and didn’t want to blend with the rest of the Ancient Chi Le Covenant, only coming during the winter. Even then, they only chose a place and seldom had dealings with the Tieles, Xiongnus, Rourans, and the other Hus. When autumn came and spring went, they left, never leaving the people in the ancient covenant any good impression of them. Even more so when three years ago, they and the Rouran were fighting over some water plants and waged a war over it, resulting in a deep insoluble blood feud.

“Are you going or not?” Xiang Shu asked, “Che Luofeng, this is the best chance to put your blood feud to an end.”

“Did I hear that right ba? Shulü Kong!” Sure enough, Che Luofeng opened his mouth and spoke: “What has the Akeles ever done for the Ancient Covenant? They disappeared when the war started! It’s already too late to come and ask for Great Chanyu’s help now! To exterminate the entire tribe, heaven’s eyes truly have been opened! Now when things have become like this, they take one box filled with broken jewelry and come over, wanting to abandon the past!”

Chen Xing naturally would, but he was afraid of provoking Che Luofeng and Xiang Shu into another quarrel, so he had no alternative but to say: “I will try my best ba, in any case, I was also going to find the Akeles to ask for directions, remember?” ahSdx5

Xiang Shu: “Send an order, convene each division to get some carriages and horses ready. They’re going to set off to help the Akeles to cross the river.”

Chen Xing tidied up his medicine box, and when he was about to leave, Che Luofeng blocked the path in front of the tent, saying: “Whoever wishes to help them, is an enemy to me! Unless Hulunbuir dries up and Mt. Helan collapses, the resentment between the Rourans and the Akeles will never be solved!”

Xiang Shu eventually got up and slowly stepped forward. Chen Xing said: “I am a doctor, it is only right for me to save people. Your resentment, you can settle it on your own at a later date, I have nothing to do with it… Che Luofeng, if you really wish to take revenge, why not challenge the Akele? This is merely a pregnant woman…”

“Shulü Kong,” Che Luofeng said, “Are you serious? Do you really want to protect this Han…”

His words not yet finished, Xiang Shu already raised his hand. Chen Xing didn’t even see him doing it, but Che Luofeng received a heavy slap on his face!

That slap wasn’t clear and loud, but rather muffled. Xiang Shu only used less than one-tenth of his power. Che Luofeng immediately got hit, his head knocked against the tent’s pole, and all of the men simultaneously shouted!

Chen Xing knew that Xiang Shu was truly angry right now and hurriedly said: “Don’t be angry, if you have something to say, just say it.”

“Drag him out!” Xiang Shu shouted, “Throw cold water on him! Tie him on a pillar for two sichen!

At once, some subordinates came and escorted Che Luofeng out. Chen Xing hurriedly motioned to the Akele messenger: “Let’s go, otherwise later the Rourans will come back and trouble you again.”

The messenger flipped over and mounted his horse alongside Chen Xing. When they were just about to leave the valley, Xiang Shu appeared, riding a horse and following them. Hz9C2E

Xiang Shu whipped his horse so he rode side by side with the messenger, then said to him: “You go with the carriage team.”

The messenger nodded. Chen Xing had doubts across his whole face, but Xiang Shu simply reached out his hand and dragged him over. Chen Xing, with a burst of strength, jumped onto the back of Xiang Shu’s horse and the two horses separated. Xiang Shu, with Chen Xing on his back, steered the horse and plunged into a world filled with wind and snow.

“Is he alright?” Chen Xing couldn’t help looking back. HQ0W1A

“It’ll calm him down,” Xiang Shu said while looking at the wind and snow.

Chen Xing hugged Xiang Shu’s waist and with him, they both galloped through the snow which had covered everything. He once again sneezed.

Xiang Shu slowed down the horse, but Chen Xing said: “I have recovered! Just a little weak!”

“Are there many Han people like you?” Xiang Shu said. oMjPhG

Chen Xing inexplicably said, ”What? I’ve said it before! Other people are not as weak as me, don’t you see a lot of Hans?”

“I said, the Han people’s characters, are they all like you?” Xiang Shu spoke, “Are they the type that even when being bullied so much, still rarely get upset?” KrQgwN

Chen Xing: “This is called being educated and reasonable! Gentle and cultured! Screw you! What do you mean ‘easy to bully’!”

Chen Xing: “Isn’t it colder in the front?! You just want me to keep you out of the wind ba!”

Xiang Shu made Chen Xing sat in front of him, opened his fur coat, then wrapped him in it. Chen Xing was leaning on Xiang Shu’s chest, and instead of feeling cold, Xiang Shu’s body temperature was actually very warm, truly resembling the fire in the furnace in the night of the winter, which made him sleepy. There was also a very faint scent of the snowdrop bush from the western region lingering on his body. wZh2Ct

“Jia!” Xiang Shu encouraged the horse to pick up the pace. As they galloped across the snowfield, Chen Xing yawned, hugged Xiang Shu’s waist, then once again fell asleep. At this time, he almost forgot that Xiang Shu was the Great Chanyu of the Chi Le Covenant. Half-asleep and half-awake, he only remembered that Xiang Shu was the man he had been waiting for and seeking for a very long time, his Protector Martial God.

It was as if he had also been waiting for Chen Xing for a lifetime, that he was born for him. They would light up the Heart Lamp to illuminate the dusky night of Saibei and ride the wind towards the ends of the Divine Land.

Xarusgol riverside; Amidst the boundless wind and snow, Xiang Shu left the horse on the bank. He woke Chen Xing, lay down his shield, then told him to step and wait on it.

Chen Xing was confused, his eyes still bleary from sleep. He turned around to ask: “What?” hieE6g

“The horse can’t get through, the ice is too thin!” Xiang Shu answered.

Xiang Shu first walked away before dashing back towards Chen Xing. He leaped into the air and hugged him from behind. With the help of that leaping force, he took him into a slide.

With a ‘crash’ sound, the two men on the shield launched forward into the river, making Chen Xing scream in astonishment. Xiang Shu was as fast as lightning, the efforts he used was just right, and behind them, the layer of ice split in the direction of their slide before shattering into smaller pieces one by one, but the two men were still safe and sound. The ice-water of the Xarusgol rose into the sky, and a violent wind blew over. At that moment, Chen Xing seemed to hear some kind of sound coming from the bottom of his heart. dx1 KW

In a blink of an eye, Xiang Shu had successfully marched through the riverbank. Chen Xing turned his head, and the torrential water of the river rose once again, completely swallowing the already-scattered ice.

“You have too many guts!” Chen Xing said, “What if we fell?”

Xiang Shu conveniently put the shield back on his back, then pulled Chen Xing along to walk through the snow. Chen Xing suddenly felt clear-headed, seeing that Xiang Shu wielded an exceptional qinggong, and the more he thought about it, the more afraid he became.

“Why are you so chatty?” Xiang Shu impatiently said. XoVJuI

From a not-too-distant place, a group of made-up tents could be seen. Finally, they had arrived at the Akeles’ camps. Someone saw Xiang Shu and immediately blew the horn. The tribe’s king was currently anxiously waiting, so he quickly commanded a group of warriors to check it out. Seeing it was Xiang Shu, they, at once, shouted in succession. 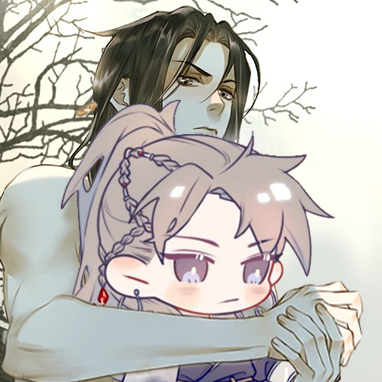 🌺 Elestrea [Translator]
I pledge my life to Feitian. All hail Feitian.

The Four Seas were four bodies of water that metaphorically made up the boundaries of ancient China. There is a sea for each for the four cardinal directions. The West Sea is Qinghai Lake, the East Sea is the East China Sea, the North Sea is Lake Baikal, and the South Sea is the South China Sea.

1 sichen is equal to 2 hours in modern times.

塞北 refers to the area north of the Great Wall where nomadic tribes lived.

Qinggong is a technique in Chinese martial arts, in which martial artists have the ability to move swiftly and lightly at superhuman speed, and perform gravity-defying moves such as gliding on water surfaces, scaling high walls and mounting trees.