Bonus chapter! Sorry it’s a little late. Didn’t expect to hit the goal so fast. Need to start stockpiling some chapters. Thanks to Jade Dragon, Nyurr, Someone and Kimikat21 for the coffees!

Lu Ban Ban was the supreme bear child leader who had ruled over the entire elementary school for six years. He was big enough that the entire sixth grade wanted to band together to give him a hard time, but also small enough that the boys in his class would call him boss everyday. It could be said that he was the uncontrollable big overlord of Jinrui Private School. As far as he was concerned, the Grade 6 Class 8 classroom was his private territory. Not only did the students need to listen to his words and follow his commands, but even the Grade 6 teachers need to pamper and obey him as though he were an emperor, in order to avoid the fate of getting fired. SdkOrG

In fact, most of the teachers were like this. None of the teachers had ever openly criticised Lu Ban Ban during class, and would unconsciously please him. After all, his father was the current director of the Beijing Municipal Education Bureau. The director’s words could completely determine the fate of a teacher. Even the principal had to somewhat pamper this emperor.

Therefore, Lu Ban Ban was a tyrant from the first grade all the way through to the sixth grade, and was not the least bit aware that he was a bear child. Instead, he felt that the whole school should listen to him. This was simply the right and proper behaviour. Since everyone in the school had to listen to him, then writing homework was never part of his plans. It could be said that Lu Ban Ban had not written a single piece of homework for the past six years. Even so, his scores were still the best. Don’t assume that he’s a genius. This was merely because he could get a copy of the official solutions before every exam.

This little overlord, after six years of not writing homework, suddenly heard the four words ‘hand in your homework’. At that moment, he had to doubt his own kingly way of life. He suspected that this male teacher’s head was beaten bad by him yesterday, and that’s why he would say stuff like handing in homework today.

So, Lu Ban Ban stood up in anger and cursed at Ren Zhu. However, he couldn’t help shutting his mouth as soon as he started speaking. He didn’t know why, but he suddenly felt that his entire body was a little cold. HYiwbc

Lu Ban Ban shut his mouth. The entire class was so silent that it would be possible to hear an acupuncture needle falling to the ground. This caused the class teacher’s next words, filled with coldness and unconcealed ridicule, to sound abnormally clear and deafening.

“This is the first time that I’ve heard a student dare say a teacher is crazy. Moreover, saying in such a bold and confident way that they don’t need to write homework.”

Lu Ban Ban scoffed and wanted to speak, but was given a cold look by Ren Zhu. He suddenly felt stiff all over and his mind became a big mess, completely unable to say anything.

“I heard your father is the director of the Education Bureau. He seems to be very powerful?” Ren Zhu asked coolly. Xdjns4

Lu Ban Ban seemed to have suddenly found some backing and hurriedly replied with pride: “Yes, my dad is Lu Xu! Knowing who my dad is, you still dared to ask me to write homework?! Do you not want to mix in this group?”

When Ren Zhu heard these words, he revealed a pleased smile. Ning Xun saw this smiling expression and slightly narrowed his eyes. He then noticed the corner of a silver phone peeking out from Ren Zhu’s trench coat pocket. He~ Sly fox.

“Oh, but then I don’t understand even more. Your father is the director of education. How can you still shamelessly defame him, insult the teacher and not write homework? Did your father not teach you to respect the teacher? If your father didn’t, then did your mother also not teach you? If both your parents didn’t have the ability to teach you, you still have your grandparents right? So many relatives who didn’t teach you how to respect the teacher or properly study. Then this makes me highly doubt your family’s upbringing. If you can’t even correctly teach your own son, then how did your father become the director of the Education Bureau? Oh, I heard that your family is very rich. The clothes on your body are all famous foreign brands, adding together should be about four or five thousand dollars? That’s worth my half month salary.”

Lu Ban Ban shouted loudly, his surrounding little brothers also becoming restless. A few of them directly followed suit cursing at Ren Zhu, and soon the Grade 6 Class 8 classroom was filled with chaos. In the entire class, only Zhou Lai was slightly worried as he watched Ren Zhu. He then looked towards Lu Ban Ban with a face full of gloom and carrying a sneer. This big fool, from his words just then it was evident that his father must be corrupt.

At this moment, Ning Xun, who was standing outside the door, also had a face full of interest. He really wanted to know what this teacher would do next to stabilise this chaos. It should be known that this group of bear children could even hit the teacher. He was afraid that even if Ren Zhu shouted till his throat hurt, no one would listen to him.

As a result, the next second, Ning Xun and Zhou Lai saw scene that made their eyes almost pop out.

Ren Zhu directly picked up the blackboard duster on his podium, and without saying anything further, he hit Lu Xiao Pang! That blackboard duster was just like a little flying dagger, accurately flying and hitting Lu Ban Ban square in the face from his forehead to his chin, marking out a white rectangle. wdnDIS

Ren Zhu heard this system prompt and calmly smiled. Then, under the horror of the entire class, he slowly walked in front of the stupefied Lu Xiao Pang and took out a steel ruler from within his trench coat.

Everyone in the class: How can this steel ruler look so terrifying! dCDTgK

Zhou Lai: Oh God, is it going to be like how I imagine it to be?!

Ning Xun: …… I suddenly remembered some not so happy school life experiences in the past.

Lu Ban Ban looked at Ren Zhu with eyes filled with fierce hatred, but if one looked closely, within his hateful eyes was a trace of fear. In his heart, he was very scared when he realised he couldn’t move. He could only stutter: “Wha-what are you doing! If-if you dare touch me, I’ll report you for corporal punishment. Just wait until you’re sitting in prison!”

Ren Zhu laughed and simply used his own bear paw to grab Lu Ban Ban’s fat hand. Then, with his right hand holding the steel ruler, he firmly struck down. ia84zu

Lu Ban Ban’s face distorted in pain and angrily shouted: “You trash! Blockhead! You actually dared to hit me! Do you not want to live!”

“Let go of me! If you hit me again, I’ll find people to beat you to death!”

“Ah ah ah ah ah~ It hurts! My hand is swollen. Stop hitting! Even my dad has never hit me! Go die!”

After smacking several times in a row, Teacher Ren finally showed some mercy and stopped his actions. He quietly looked at Lu bear child, asking: “Do you know your wrongs?”

Lu Xiao Pang saw that Ren Zhu had stopped, and the anger from being beaten surpassed his pain and fear. He once again opened his mouth and cursed: “Motherf**ker! You wait for Laozi to go back and find people to kill you- ah!!”

After a dozen or so times, Lu Ban Ban felt that his hand was no longer his own. When he moved it, the pain was like being stabbed with several hundred steel needles. He cried with streams of tears, matching the white patch of chalk dust in the middle of his face. He was ugly to the point that it’s hard to look at. The bear children in the class saw such a shocking educational scene for the first time. Don’t mention trying to stand up for their boss, they were all quiet as chickens in their own seats, shrinking back and afraid that they’ll get hit if they’re not careful. At this moment, their hearts were playing two words on a loop–

“Do you know your wrongs?” Ren Zhu continued to ask expressionlessly. u Y4fv

Ren Zhu smiled: “Well then, say what you did wrong.”

Teacher Ren nodded with satisfaction. Then he naturally picked up the blackboard duster from Lu Ban Ban’s desk, turned around and walked back to the podium. Under the gaze of the whole class, he once again said: “Now, I’m going to check homework. Take out your workbooks.”

The class leader and the study monitor who persisted in writing homework: Ｏ－Ｏ. Suddenly have a serene feeling of seeing the rainbow after the storm. What is going on? COQGyf

The one who wrote his homework until eleven last night, Zhou Lai: …… Fortunately I obediently wrote homework yesterday, even though I had a nightmare all night long.

Ning Xun, who watched the entire situation unfold: Based on his profession, he could deduce that this Ren Zhu was definitely seeking revenge for the smallest grievances. He was the kind of person who couldn't let pass anything that happens. Then here’s the question. When he was such a coward before, was he just acting!?

🌺 Shuyu
If you like my translations, please consider buying me a coffee. Thank you! ღゝ◡╹)ノ♡ Extra chapters will be released~

理直气壮 – idiom. Translates to ‘in the right and self-confident’.

To put on airs or to be on one’s high horse.

小李飞刀 (xiǎo lǐ fēi dāo). A special knife used by Li Xun Huan, the protagonist in Gu Long’s wuxia novel ‘The Sentimental Swordsman’. It is a symbol of justice, but can also be seen as the incarnation of the devil. 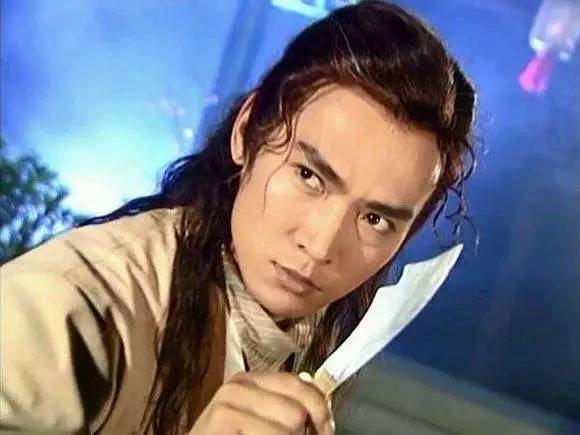 referring to oneself in an arrogant tone. Like saying ‘I, your father’.

眼里容不得一点沙子 – Idiom. Translates to ‘no sand in his eyes’.